The first time I saw this film was on a shitty VHS bootleg that was barely watchable. This was still years away before it would released on laserdisc and VHS, and eventually DVD and Blu-ray. But even watching the grainy print on video, you could see something special in this strange movie. Thankfully we don’t need to worry about bootlegs anymore since there have been a couple of different special edition Blu-ray releases by now. How great to be a movie fan these days. END_OF_DOCUMENT_TOKEN_TO_BE_REPLACED

There was a huge media hype when this movie came out, with ads and hype all over the internet. This little independent horror movie was getting a wide theatrical release and everyone was taking notice. Until it came out. The bad reviews started pouring in and it set a record at the box office as the worst opening in history, and was then quietly pulled from the theaters. Now I try not to get too excited about or buy into all this hype, especially when it comes from the internet since with a lot of these bigger sites, it’s in their best interests to promote something before they know what it is. Helps keeps those positive connections with the studios, you know? Remember all that pre-hype about the Friday the 13th remake? There you go. END_OF_DOCUMENT_TOKEN_TO_BE_REPLACED

“All those moments will be lost in time, like tears in rain.”

The famous line above is from the ending of Ridley Scott’s Blade Runner (1982), from the replicant Roy Batty, played by Rutger Hauer, just moments before he stops functioning, or “dies”. This was a line that Hauer added without Scott’s knowledge and it not only stayed in the film, but has referenced quite a bit since then, as it is now. The reason I bring it up here is twofold. First and most obviously is because Hauer is one of the names listed below that we lost in 2019. But secondly, this line may be about Batty’s memories, but when it comes to movies, and fans like us, they never will be lost, but will live on for decades to come. For each new generation of film lovers, they will discover these “moments”, some becoming etched in their psyche, while some even changing their lives. END_OF_DOCUMENT_TOKEN_TO_BE_REPLACED

I know as horror fans, we like to throw around the word “icon” when one of our horror heroes passes away, but this time, with this guy, the word icon definitely fits. And I know the internet has been flooded with everyone’s memories of meeting him, but dammit…that is the way it should be! 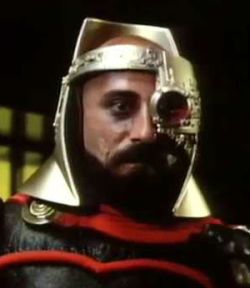 The strange thing for me is that my first introduction to Mr. Haig wasn’t any of his appearances in the horror or exploitation films, but a Saturday morning kids show in the late ’70s called Jason of Star Command, as the villainous Dragos. Of course, later I would come to know him from the countless appearances he did in a ton of television and films. Even before Jack Hill’s Spider Baby saw a legitimate release, I had a shabby looking bootleg on VHS, watching this classic film, with a young Sid playing the simple minded Ralph, and just loving it. That was the amazing thing about Sid. No matter what role, no matter how big or small, Sid Haig always made an impression with the viewer. With this height, bald head, and those glaring  eyes, he could stop you dead in your tracks. END_OF_DOCUMENT_TOKEN_TO_BE_REPLACED

This interview was conducted on June 27th, 1999, and was my very first interview for the Krypt. I was nervous as hell, but I have to say I couldn’t have picked a nicer guy for my first one. I’d been a fan of Hill’s work, especially Spider Baby, so this really was a thrill for me. This was done back right before the first DVD release of Spider Baby was coming out. Hope you enjoy it.

Kitley’s Krypt: How did the idea or concept of Spider Baby come about?