When talking about an important title in any film genre, the word “classic” is probably used more times that it really deserves. I’m probably just as guilty as the next guy on that. But this is definitely not one of those times. When you’re talking about a film that gave birth to a whole new sub-genre of horror films, or one that makes an impact on viewers now just as it did over five decades before, then it really does deserve the moniker of a “classic”. END_OF_DOCUMENT_TOKEN_TO_BE_REPLACED

Horror scholar David J. Skal has a new book coming out this fall, just in time for Halloween, entitled Fright Favorites: 31 Movies to Haunt Your Halloween and Beyond. Presented by Turner Classic Movies, Skal takes on 31 films ranging from the silent era, hitting a few titles from each decade through the ’80s, and a few beyond that. Most of these everyone will agree are classics, with a few comedies listed in the later day titles. The description in Amazon says they are “family-friendly” but not sure The Exorcist (1973) and The Thing (1982) are ones I would be screening for 8-year old Timmy! END_OF_DOCUMENT_TOKEN_TO_BE_REPLACED

That’s right, folks. It was 50 years ago that George Romero changed the face of horror cinema when he released his zombies onto the world in his little indie film Night of the Living Dead. I’m pretty sure all horror fans out there have seen Night, probably more than a few times. But have you had the chance to see it on the big screen? No? Then now is your chance.

END_OF_DOCUMENT_TOKEN_TO_BE_REPLACED

My very first horror convention was in April of 1988, out in California. Up until then, I had never met anybody famous, especially any idols I had from the horror genre. But at the show, one of the first ones I met was George Romero. I had come walking out of the dealer room on my way to the auditorium for the Q&A’s, and there he stood, surrounded by fans like a scene from one of his zombie flicks. Except, instead of trying to eat him, they just wanted to get an autograph or just say hello and thanks. I didn’t take me long to join the growing mass of fans either. I had him sign my copy of Tom Savini’s Grande Illusions, which was my very first autograph as well. I still have that book to this day and is one of my most memorable.

END_OF_DOCUMENT_TOKEN_TO_BE_REPLACED

The name of George Kosana might not ring a bell with some movie fans. Or even the name Sheriff McClelland, which is what he’s known for. But if you say the line “Yeah, they’re dead. They’re… all messed up”, then they will know who you’re talking about. Kosana plays the sheriff in Romero’s 1968 film Night of the Living Dead. He did appear in a few other films afterwards, such as There’s Always Vanilla (1971), another Romero film, as well as a couple other low budget titles. Kosana recently passed away after battling several different illnesses, according to lifelong friend, John Russo.

That is the sad part of a film that is almost 50 years old, that we are losing more and more people that were part of making that film so great. We had met George a few times over the years at different conventions. He was always so nice and friendly and loved talking to his fans. While he might be an icon, he is definitely and important part and will be missed.

Our thoughts go out to his friends and family. 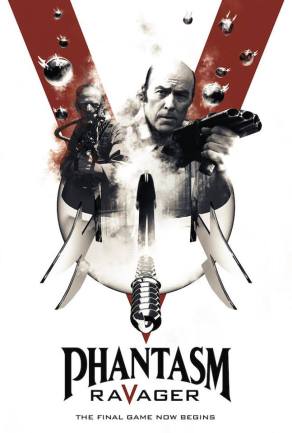 In case you had any free weekends left open next month, Flashback Weekend is going to help you fill it. On Saturday October 8th, they will be holding a 12-hour marathon of classic horror films at the Muvico Rosemont Theaters. You’ll get to see six features on the big screen all for the one low price of $20. Here’s what the lineup has in store for you:

Just a reminder, this is the newly remastered print of Phantasm that was supervised by J.J. Abrams. Plus, you’ll get to the lastest installment of Coscarelli’s series with a screening of Phantasm V: Ravager! Of course, getting to see these other classics on the big screen is always a treat, especailly the original Night of the Living Dead. That alone is worth the price of admission. There will be horror vendors, prizes, and more. To get your tickets, head over to http://www.carmike.com

Let’s just say that I hate making lists in general. It forces you to chose or narrow down a “favorites” list. I have way too many movies that I honestly love the hell out of, so getting it down to a list of ten is just impossible. And honestly, I really don’t care for these kind of lists that are always going around Facebook, mainly because I just don’t want to spend the time on them and my above mentioned hatred for lists. But since this quest was to name films that had a “lasting impression” on you, I figured I could come up with ten titles that did have a major impact on my life. But instead of just listing the movies, I figured I’d try and expand on why these certain titles affected me the way they did. Of course, this list could change at any time…day or night.

Plus, since a friend tagged me on this, I figured it was the least I could do to reply. Thanks Jessica…this was a nice little trip down memory lane.

END_OF_DOCUMENT_TOKEN_TO_BE_REPLACED

It was announced today that George Romero would be getting one of those illustrious stars on the Hollywood Walk of Fame. And all I can say is it’s about damn time. For a man who pretty much invented the modern day zombie, created so many films that gave millions of us the chills, and more than a few nightmares, it’s nice to see him get a little bit of credit for his work.

My very first horror convention that I attended was at a Fangoria Weekend of Horrors in LA in 1988. I had never seen or met anyone famous before so one of the first ones that I see there, just standing outside the dealer room, was the one and only Romero. I pulled out my copy of Tom Savini’s Grand Illusions and asked him to sign it since he wrote the forward to it, which he graciously did with a huge smile. That was my very first autograph. And I still have that copy of the book.

END_OF_DOCUMENT_TOKEN_TO_BE_REPLACED

As a life-long horror fan, we all know that Halloween is one of the few times when we seem like normal people. Or maybe it is because the ‘normal’ society is celebrating something that we do every day. But when I heard about this recent event that happened in a small town in Pennsylvania, it brought a smile to my face and a little tear to my eye. Evans City, Pennsylvania is the little place where the movie Night of the Living Dead was filmed, almost 50 years ago. Many horror fans have made the trip out to their, especially the cemetery where the famous opening sequence was filmed, myself included.

Now, most of society, at least in my experience, would want to shy away from the exposure their town might have because of some horror movie that was made there. God forbid that it would draw those crazy fans that would loiter around, and destroy and vandalize the area. But it seems that not only does Evans City not have that attitude, they actually embrace the fact their little town is known for this historical film.