On Wednesday, July 13th, head over to the Music Box Theatre in Chicago for a rare treat, being able to witness two Bigfoot movies, two very different kind of Bigfoot movies, on the big screen. The fact that there is a whole sub-genre of Bigfoot movies is amazing enough, but getting to see these two rare films, both that are about as far apart as you can get, will be screening in one evening.

Presented by Shudder and starting at 7pm, you’ll first get to experience a comprehensive and exhaustive Sasquatch mixtape, featuring Bigfoot’s appearances in film and TV shows, ranging from documentaries, children’s films, to horror and X-rated titles. How’s that for just getting started?

The first feature will be Cry Wilderness (1987), which is basically a children’s Bigfoot story but unlike anything you can imagine. The second feature is Night of the Demon (1980), which definitely isn’t a kid’s movie, featuring the famous scene where a biker learns what happens when you piss on Bigfoot. This is from a recent 2K scan from a recently discovered 35mm answer print. Both films are screened from DCP and look amazing.

Also, to entice you even more, both Severin Films and Vinegar Syndrome will have Pop-Up Shops set up in the Music Box Lounge starting at 4:30pm and there until after the screenings.

The Music Box Theatre in Chicago has announced the date for this year’s 24-hour horror movie marathon of madness! It will take place from noon on Saturday, Oct. 22nd to noon on Sunday the 23rd. They have only 2 films announced so far, Idle Hands (1999) and Bill Hinzman’s Flesh Eater (1988), but there will be much more to come!

Unfortunately, we will not be vending there once again this year. Usually, we have been at the Monster Bash convention in PA on the weekends of the marathon. But this year, there is another event, that honestly is kind of a once-in-a-lifetime event that I don’t want to miss. There is always a chance that falls through, so if it does, we’ll at least be at the marathon if not vending. Only time will tell.

But for all the info and updates, head over to their website HERE.

Chicago’s own 24-hour horror movie marathon, The Music Box of Horrors, is back! While there are restrictions to attending (see website for all the details before buying your ticket), they have announced the full lineup for this year’s event. They don’t have the official times listed, but here are the films scheduled to play:

END_OF_DOCUMENT_TOKEN_TO_BE_REPLACED

Chicago’s Music Box Theatre has announced the date for their 24-hour marathon that makes it’s return from the grave! It will be taking place from noon on Saturday, Oct. 23rd to noon on Sunday, the 24th. So far they have announced 4 features:

Tickets are on sale now, at $30 until the day of the event, then it will be $35. But before you buy your tickets, please read the below notice from the Music Box about the event:

“All 2021 Music Box of Horrors attendees entering the Music Box Theatre will need to be fully vaccinated against COVID-19, or have proof of a negative PCR test within the past 72 hours. Proof will need to be shown at the door before entering. The COVID situation is ever-evolving and the above is our current plan to ensure the wellness of all who attend the Music Box of Horrors marathon. If any of this changes, we will alert all ticket buyers and update this webpage accordingly.”

Chicago’s own Music Box Theatre has announced the date for this year’s Music Box of Horrors, which will take place on Saturday, October 24th, starting at noon! We can all hope that things will be back to some sort of normality so us devious horror fans can enjoy another 24 hours of madness! I missed last year’s marathon because we were at an out-of-town show so this year we are hoping to make our return!

So far, they only have two titles announced, but I gotta say, they’ve picked to stellar movies! The first one is one of the last great pictures from the King of Ballyhoo, William Castle! Joining forces with Joan Crawford, we get Strait-Jacket (1964), with this twisted tale of axe-murderer on the loose. Screening from a 35mm print! END_OF_DOCUMENT_TOKEN_TO_BE_REPLACED 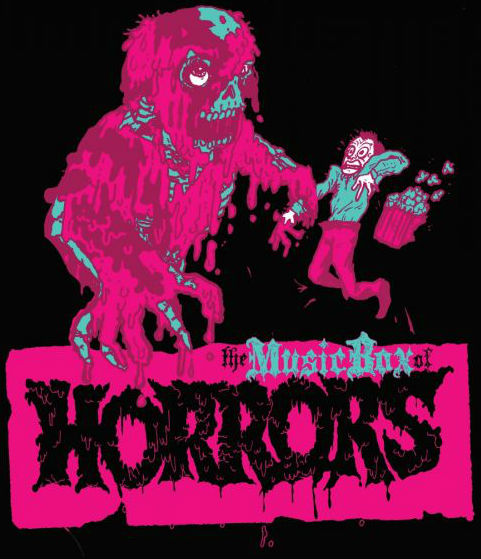 The Music Box of Horrors has unleashed its final lineup for this year’s 24-hour marathon. And as always, they have gathered together one hell of lineup with some amazing titles in there, as well as a couple of great guests. Director John Hancock will be on hand for a screening of his highly underrated film Let’s Scare Jessica to Death. Very creepy and a must see. They will also be screening Dog Soldiers, one of the best werewolf movies to come out in the last two decades, with director Neil Marshall in attendance!

Taking place on Saturday, Oct. 19th, starting at noon and running to noon on Sunday the 20th. As we mentioned before, this will be the very first Music Box marathon that we will be missing and it really bums me out. But I’m guarantying those that come out to this will have a great time, just like the previous years. END_OF_DOCUMENT_TOKEN_TO_BE_REPLACED

This year’s Music Box of Horrors will be taking place on October 19th, starting at noon and going through to noon on Sunday. And as usual, they have the start of an amazing lineup, including the silent film The Man Who Laughs (1928) with a live original score from Maxx McGathey. Of course, the one who won’t be laughing is me, since we will not be attending this year’s marathon. We’ve been to everyone since they started back in 2005 and are really bummed to have to miss this one. But we were already committed to be at the Monster Bash Conference in Pennsylvania instead. END_OF_DOCUMENT_TOKEN_TO_BE_REPLACED

Chicago’s Music Box Theatre has been hosting these 24-hour marathons since 2005, and I have been at every one of them. There were a few times I was just there as a fan to watch the movies, but usually I’m there as a vendor. When I am set up as a vendor, part of me always regrets not just coming as a fan and being able to enjoy watching the films instead of staying behind my table. Sure, with my wife Dawn there, I could always sneak out to catch a  film or two, but I usually feel bad about leaving her there to watch the table alone. Plus, I always feel I might miss something. We also usually pack and leave somewhere around 2am, figuring sales are usually low or non-existent by then. But this time out, things were a little different. END_OF_DOCUMENT_TOKEN_TO_BE_REPLACED

As you’d expect, this is a busy month for us. With events going on every weekend, not to mention coming into Chicago every Monday for something as well, the days are just flying by. Not a bad thing, mind you, but really tough to squeeze in some good horror flicks with all this going on. But this is the path we choose, right?

Last weekend, we were in Strongsville, OH for the 18th year at Cinema Wasteland. Hard to believe it has been going on that long and still continues to be a great time. The draw this year was for a reunion for a favorite of mine, the original My Bloody Valentine (1981) and the Q&A was very informative and entertaining. Although I must admit being a little depressed when they asked a packed room right before the screening of the film, just how many people there have never seen the film before, and about two thirds of the room raised their hands. I would have thought this would have been key film to watch during your slasher education. Or at least, if you were going to a convention that the main guest lineup was a cast reunion from a film you hadn’t seen…that you’d watch it before the show! Sorry…Old Man Kitley is coming out again. Times for my meds.

END_OF_DOCUMENT_TOKEN_TO_BE_REPLACED

Two weeks from today, the Music Box Theatre will once again unleash the terror from their projector, screening 13 features (with 10 of them being from actual 35mm prints!) in this year’s The Music Box of Horrors! Since our last post, they have added one final feature to the lineup, Dario Argento’s Opera (1987), which will be the Italian uncut version, playing in Chicago for the first time! This is actually Argento’s personal 35mm print being screened! How cool is that?