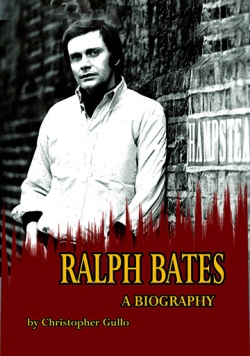 Fans of Hammer Horror should be well aware of the name of Ralph Bates. He was one of the next generation stars of Hammer, one to take the lead from the likes of Cushing and Lee and continue the tradition that they started. Unfortunately, Hammer didn’t last that much longer. In that short time though, Bates did appear in a few of their pictures and always turning a memorable performance. He appeared in Taste the Blood of Dracula (1970), The Horror of Frankenstein (1970), Lust for a Vampire (1971), Dr. Jekyll & Sister Hyde (1971), and Fear in the Night (1972). It would have been interesting to see what would have happened if Hammer would have continued their ran of cinematic terrors.

But now you can learn all about those films, as well as the rest of Bates career and life in this new biography from author Christopher Gullo, entitled simply Ralph Bates: A Biography. Published by Midnight Marquee, it covers the actor’s life from his childhood, where he started to develop an interests in the theater, as well as once he started working with Hammer, and the multiple television appearances that he made.

With 165 family photos, including many never-before-seen ones, as well as getting to hear from over 70 different family, friends, and co-workers that the author sought out for this book, all helps to show the life of this incredibly talented man. Gullo is donating all his personal proceeds from the sale of this book to the Ralph Bates Pancreatic Cancer Research Fund. This was created to honor Bates, who passed away in 1991 from this disease.

To order it from Midnight Marquee, just click HERE. 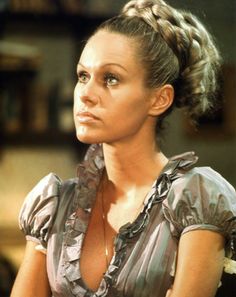 Hammer fans have lost another name from the studio we love so much. Suzanna Leigh, who appeared in The Lost Continent (1968) and Lust for a Vampire (1971), passed away yesterday at the age of 72.

The Lost Continent is a favorite of mine since it is just so damn crazy, but so much fun. We had the wonderful opportunity to meet her at a couple of conventions over the years and she was always such a sweet person to talk to. She had plenty of great stories to tell as well. Other genre titles she appeared in are The Deadly Bees (1966) and the cult film Son of Dracula (1974) with Ringo Starr and Harry Nilsson. But probably even scarier than any of those films was probably working with Klaus Kinski in the 1965 film The Pleasure Girls.

Oh yeah…and she worked with some guy named Elvis.

That is one of the real shames of being a fan of a studio that (realistically) stopped making films almost 30 years ago, that the stars that we loved to watch and follow are sadly slowly leaving us. But as I always say, we will always have their movies to remind us of their talent, and their work will continue to give audiences both old and new, entertainment for years to come.  Gone, but never forgotten.

Our thoughts go out to her friends and family during this difficult time. 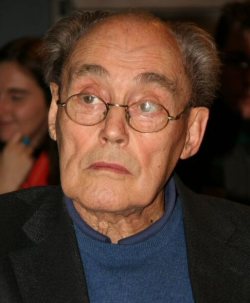 When discussing the Hammer family, Jimmy Sangster was there at the start of their rise, not to mention having a big part of it. He started with Hammer at the bottom, working his way up through the ranks, as second unit director, assistant director, production assistant, production manager, then finally into writer, producer and director. But while he may have held many different titles in the industry, it was as a writer where he made his real mark.

By the time that Hammer was going to do their version of Frankenstein, Sangster had worked on over 30 films as either Production Manager, or Second Unit Director or Assistant Director. He had written screenplays for one short film and one feature by then, both for Hammer. The short film was A Man on the Beach and the feature was X the Unknown (1956), sort of their version of The Blob (1958) even though that came out two years later! But he was given the task to write this new version of Shelley’s tale, but told to make sure he stays away from Universal’s version, in fear of getting sued for copyright infringement. He decided to focus more on the creator than the creation, which started Hammer toward their path to being know as The House of Horror!

END_OF_DOCUMENT_TOKEN_TO_BE_REPLACED

Just got this in the mail today. Going to experience the Colors through sound alone now...
Discover the Horror has been nominated for Book of the Year by the Rondo Awards!!! What an honor to be amongst so many talented people. Go to Rondoaward.com and cast your vote!
Just found out this has box copy from yours truly. If you love Italian cheese...say no more! Thanks again Nicole!
Lastest acqistition. May just have to find room to hang this one....
I wonder what I'm watching tonight...
Latest edition to the Krypt. Tribute to the late great (and highly under appreciated) Paul Blaisdell!