Larrez. Rollin. Franco. Do those names mean anything to you? And if so, what images come to mind? For those that are aware of those names and their work, you might have an image of a vampire or two floating through your mind. In this episode, we take a look at 3 unique vampire films that are quite different than what most would consider a traditional genre entry, and each from a different director. We cover Jose Larrez’s Vampyres (1974), Jean Rollin’s Fascination (1979), and Jess Franco’s Vampyros Lesbos (1971).

Two days ago would have been Jess Franco’s 91st birthday. He would had to have lived another 109 + years to be as old as how many films he directed! There were some years he averaged more than one film a month! Love him or hate him, there is no denying the man loved to make films. In fact, there is below quote from him that I think not only explains him and his work, but also a work ethic that I think many of us share in.

END_OF_DOCUMENT_TOKEN_TO_BE_REPLACED

Spanish horror from the early ’70s, especially that of Jess Franco’s work, probably have seen Dalbés’ face at some point. For me, I first became aware of him from appearing as the mad doctor in Paul Naschy’s The Hunchback of the Morgue (1973). He really was fun to watch there, playing a scientist so driven in his plans to create a new life form, that he had no care or whims about other people, even having them killed to be used to feed this beast he was creating. Great stuff.

He made his screen debut in 1943 in a film called Youth Kicks and worked in quite a few movies before moving to Spain, where he continued to appear on screen. He appeared in other genre films like Maniac Mansion and Cut-Throats Nine, both from 1972.

So the next time you find yourself watching a Franco film, you just might want to keep your eyes open to see if you don’t see Dalbés come onscreen.

Taylor was always easy to spot, with this glassy blue eyes and usually with a handlebar mustache. While most know him from his work in the Spanish film industry, he is actually American born, starting his acting on TV, appearing alongside Marilyn Monroe on an episode of The Jack Benny Show. He would later move to Mexico, appearing in various stage plays, as well as working the Nostradamus series. This originally was a 12-segment serial that was later combined to make four features, starting with The Curse of Nostradamus (1961), Nostradamus y el destructor de monstruos (aka The Monster Demolisher, 1962), Genii of Darkness (1962), La sangre de Nostradamus (aka The Blood of Nostradamus, 1962). Taylor would appear in the first three films.

He would leave Mexico and head to Spain, where he really made his name, especially in cult cinema, working on ten films with Jesus Franco. He appeared in such titles as Succubus (1968),  Eugenie (1970), playing Quincey in Count Dracula (1970), and  Female Vampire (1973), among many others. He also worked with many other directors who seemed to specialize in the horror genre like Leon Klimovsky’s Orgy of the Vampires (1973), Amando de Ossorio’s Night of the Sorcerers (1973) and the third entry in his Blind Dead series, The Ghost Galleon (1974). He even worked with Paul Naschy in Dr. Jekyll vs the Wolfman (1972) and The Mummy’s Revenge (1974). One of his more notable appearances is alongside Johnny Depp in Romain Polanski’s The Ninth Gate (1999).

He has always been a favorite of mine, bringing a smile to my face when I see his name in the credits. He always delivered a fun performance, no matter the budget or quality of the overall production.

Uh…that answer would be YES! Especially when it is something a little different than the usual images we have from Fulci’s Zombie! Pallbearer Press, who consistently puts out not only high quality products, but comes up with some great looking and original designs. And this is no different. This art is from Barlow and is just fantastic.

I know the new thing is to have these multi-colored shirts of our favorite horror films, but honestly for me, there is something special about a nice 1 or 2 color shirt. Maybe its nostalgia or just being an old man, but the look of these kinds of shirts just feel right. END_OF_DOCUMENT_TOKEN_TO_BE_REPLACED

“To all those who have received grief for their entertainment choices and who see the study of weird and wacky films as important to understanding popular culture.”

That is the little dedication in the beginning of the book, which I immediately felt a kindred spirit with the author, since, like many fans of cult cinema, have had to try and explain and/or defend their love of this genre. For someone who is new to this type of films, especially from the three countries covered here, this would be a great introduction. This is not an in-depth or critical study or college thesis where the author is trying to come up with some outrageous theory, but an general overview of the films, filmmakers, and what was going on in those countries during this time. As a newcomer to this, you will find quite a few titles to add to your “To-Watch” list, which honestly, is the best thing a reference book can do for the reader, making them want to seek out and watch the films that are discussed. And with that, author Shipka does a great job.

END_OF_DOCUMENT_TOKEN_TO_BE_REPLACED 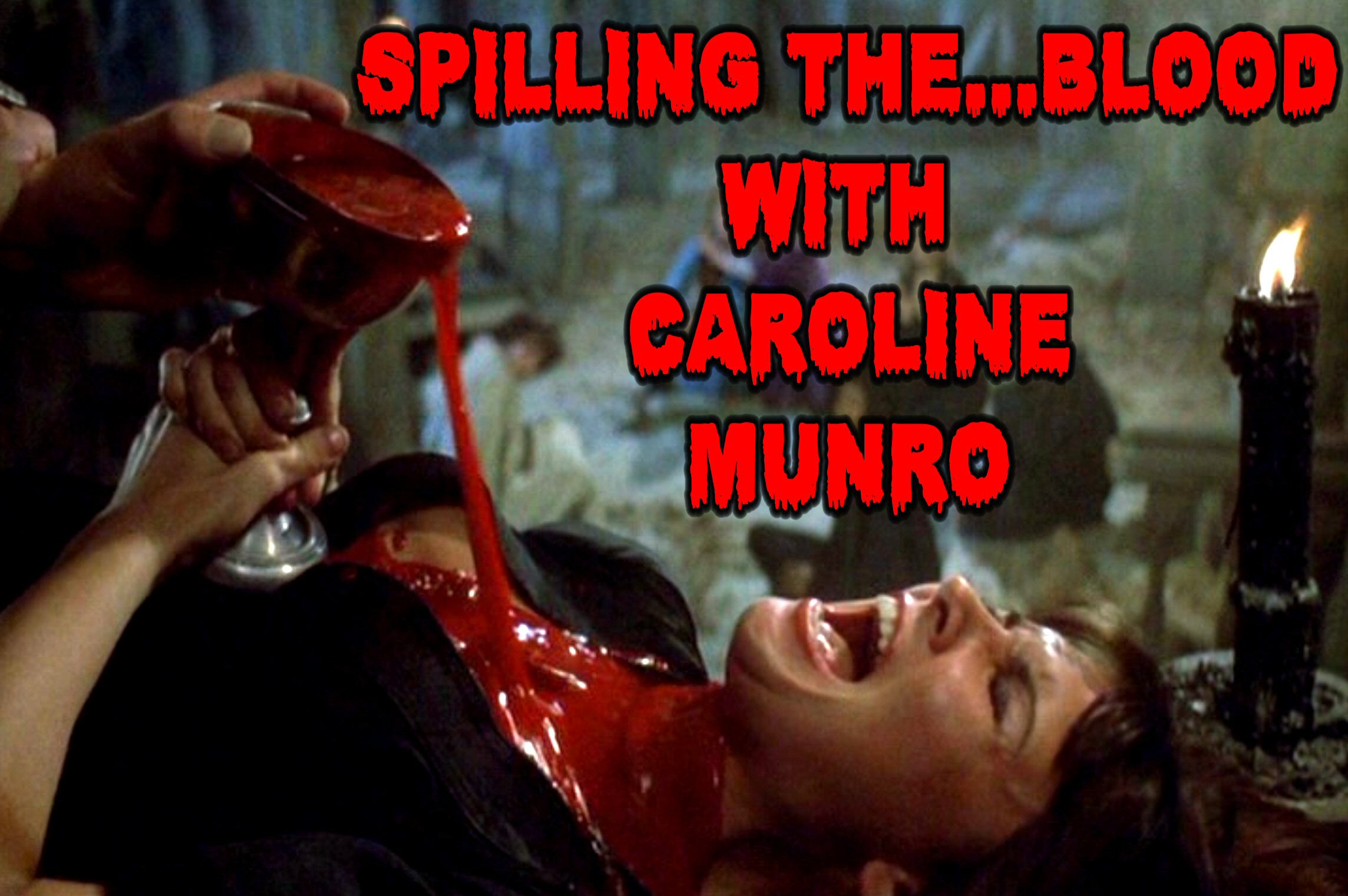 Most people know Caroline Munro as either a Bond Girl or the work she did with Hammer Studios. But Caroline has worked all over the world, with many great and talented people. So while we briefly asked her about Hammer, we tried to venture more into the other countries where she worked. This interview was conducted at that Cinema Wasteland show, in April of 2007. We especially want to thank Caroline for taking the time to talk to us.

END_OF_DOCUMENT_TOKEN_TO_BE_REPLACED 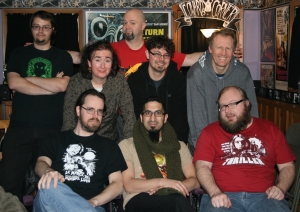 You would think that after 10 years of holding these little marathons, putting movie viewers through some possibly horrendous films was not the nicest or smartest thing to be doing. Yeah…you would think. To those that think this just plain crazy, you are correct!  But we do it anyway. The people that come out to help me celebrate my annual party are die-hard cinephiles that don’t mind getting on their hands and knees, drudging through the muck of cinematic garbage, or at least what some may call it. We try to find the higher points on these films, even though with some it is very tough to do that with, but we try anyway. It is our way to not only test our endurance, but also to highlight some of these hardworking filmmakers and their finished accomplishments. No matter how bad or good they might be, we feel they need to be remembered, even in the worse way.

We had no T-day virgins this year, but seasoned veterans that obviously are gluttons for punishment. While we thought for a while that Aaron Christensen wasn’t going to be able to make it due to an acting gig, he was able to work his way out for the first 4 movies before having to catch a train to meet up with his ride back to Milwaukee. That’s dedication. Honestly, I was thrilled that he did since it wouldn’t have been the same without him, since he has been here to every one of them since 2005.  Also returning was Joe Wallace, Jennifer Kilzer, Craig Clark, Jason Coffman, Neil Calderone, and Brian Fukula. Brian also had to leave early, after the 3rd film, but we get him credit for making the trip out for what he could. My son Nick had to work this year, so he missed most of the movies, but did arrive in time to catch one of them. And of course, probably one of the real reasons these guys keep coming out for this event is all the amazing pizzas made by my wife Dawn, who was able to sit in the last few movies. We had the usual breakfast pizzas, Italian beef pizza, crab Rangoon pizza, but also some new ones like the chili rellenos pizza that was just incredible.

Once again, we got through 7 films, but managed to devour 12 pizzas this time. So with only 8-9 of us here for most of the day, we seemed to go through a lot more pizzas than last year. I’m sure the excitement of the movies just meant we were burning up more calories, making us hungrier. Yeah…sure…I buy that.  But lets get to the movies.