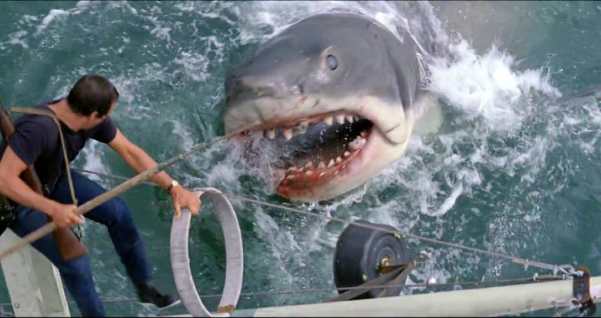 The Skyline Drive-In Theater in Shelbyville, IN has finally announced the lineup for this year’s Super Monster Movie Fest. Their Don’t Go In The Water marathon is taking place on Aug. 24th and 25th, with the movies starting around dusk. They don’t have an official schedule posted yet, as far as what is playing and when, but here are the titles they have announced in alphabetical order:

END_OF_DOCUMENT_TOKEN_TO_BE_REPLACED

Jaws is one of the perfect examples when a soundtrack actually is so powerful that it in itself, becomes so recognizable, so commanding and potent, that just hearing the first two notes of the opening theme can send chills up the spine. That, my friends, is an effective soundtrack at its finest. Sure, it might have something to do with the fact that Jaws scared the living crap out of me when I first seen it as a kid, but this score still remains one of those that upon hearing it, immediately puts me back in that theater seat all those years ago, making my stomach tighten with knots, tension rising, and nervousness ready to jump overboard. Even when this score has been parodied over and over again, it still hasn’t lost its impact.