For those out there that either haven’t delved into the world of Paul Naschy, or even those that might have dipped their toes into the water but still haven’t dived in, now is your chance. Shout Factory is having a sale on their Box Sets, at 40% off retail price until this Tuesday the 19th, and both the Naschy Collections are included in there. Both are priced at $35.99, which includes 5 movies in each set. That’s like $7 a title!!!

END_OF_DOCUMENT_TOKEN_TO_BE_REPLACED

Today would have been Jacinto Molina’s 87th birthday. But even though we lost him over a decade ago, I still think he is more alive with us than ever. When you think how many of his movies have been released in amazing looking Blu-rays, some titles seeing releases in any format for the first time, and even a few that were thought lost, but now are available for everyone to see. To me, that shows that the last impact of his work still is as powerful, if not more, than before.

END_OF_DOCUMENT_TOKEN_TO_BE_REPLACED

While I anxiously wait for my copy of Naschy’s Howl of the Devil Blu-ray arrive from Mondo Macabro, it got me thinking. I actually can’t believe I didn’t have this one way before now! I guess now is the time! Most of you that follow me and this site know my fondness for the works of Paul Naschy, from his many times as the tormented Waldemar Daninsky to the plethora of other characters that he has played throughout his massive career. From vampires to zombies to hunchbacks to even the devil himself, Naschy is one of the few actors to have played that many monsters on screen. And it was something he was very proud of.

END_OF_DOCUMENT_TOKEN_TO_BE_REPLACED 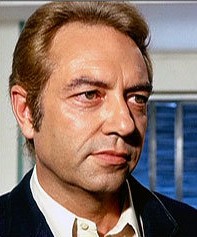 Spanish horror from the early ’70s, especially that of Jess Franco’s work, probably have seen Dalbés’ face at some point. For me, I first became aware of him from appearing as the mad doctor in Paul Naschy’s The Hunchback of the Morgue (1973). He really was fun to watch there, playing a scientist so driven in his plans to create a new life form, that he had no care or whims about other people, even having them killed to be used to feed this beast he was creating. Great stuff.

He made his screen debut in 1943 in a film called Youth Kicks and worked in quite a few movies before moving to Spain, where he continued to appear on screen. He appeared in other genre films like Maniac Mansion and Cut-Throats Nine, both from 1972.

So the next time you find yourself watching a Franco film, you just might want to keep your eyes open to see if you don’t see Dalbés come onscreen.

Javier Aguirre is not a familiar names with most fans here in the US, mainly because he worked in Spain. But there are a couple of films that he directed that star Paul Naschy that you might be familiar with, Count Dracula’s Great Love and Hunchback of the Morgue, both in 1973. Aguirre has passed away at the age of 84 after a long illness. He was married to actress Esperanza Roy, who Spanish horror fans will remember from the second entry in the Blind Dead films, El ataque de los muertos sin ojos aka Return of the Evil Dead and Una vela para el diablo aka It Happened at Nightmare Inn, also both from 1973.

Being not only a director, but screenwriter, producer and even cinematographer, Aguirre was a true filmmaker. But we still have his work to remember him by, which is the best way to pay tribute to him, as well as the other people that worked on these films, by watching them and still enjoying them today. Gone, but not forgotten. Our thoughts go out to his friends and family.

I’ve been seeing posts all day on social media about today being the anniversary of the death of one of the greatest horror icons to work in the genre, Jacinto Molina. Or as most of us knew him as, Paul Naschy. I can still remember being at work when my friend Aaron called to tell me that he had passed away. Following genre for so long, it wasn’t an uncommon thing when a horror celebrity passes away, but this one stung.

END_OF_DOCUMENT_TOKEN_TO_BE_REPLACED

Finally! We can happily announce the titles for the Paul Naschy Collection Vol. 2! Now, not to diminish how amazing it was to get the films in Vol. 1 released on Blu-ray, but to be fair, those titles all had been previously released on DVD. BUT…Volume 2 is going to give us some that were not only never released on DVD in the states before, but one of them is probably one of the most sought after titles amongst Naschy fans. That title would be the 1975 masterpiece, The Werewolf and the Yeti (aka Night of the Howling Beast). We’re used to seeing copies from either the Super Video VHS tape, or the Greek PAL VHS, both of which didn’t look that great. The Super Video print was so dark that during the night scenes it was hard to see anything! Well, knowing Shout Factory’s quality, all of that should be corrected now.