Famous Monsters, Fangoria, HorrorHound, Rue Morgue, Deep Red, Castle of Frankenstein, and the list goes on! For most younger horror fans, especially before the internet, that is where we got the latest news and information as to what was going on in the horror industry. This episode we discuss how important they were to us in our informative years, as well as something that still continues on to this day. So, listen up as we go over some of the magazines that made a huge impact in our life, and especially what helped up be the horror fiends we are today! 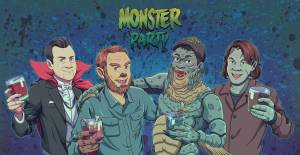 Podcasts are one thing that I really wish I had more time to listen to. I have several friends that run great and highly rated podcasts, but I just never seem to find the time to queue them up. I think one of the things for 2021 is that I am going to change that. And one of them that I will be listening to is Monster Party.

Monster Party podcast is the wild creation of Matt Weinhold, Larry Strothe, Shawn Sheridan, and James Gonis, that has been going for a few years now. These guys are all die-hard monster fans that not only know their stuff, but they love it. Minutes into any of their podcasts and you can hear their passion for the genre, and that makes it like you’re listening to a bunch of friends chatting about some of our favorite films. They cover a wide variety of topics so whether you’re a seasoned fan or a newbie, you’ll not only be entertained but just may learn something along the way. END_OF_DOCUMENT_TOKEN_TO_BE_REPLACED 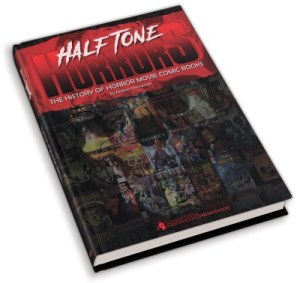 Are you fans of horror movies that were adapted into comic books? Then I think this is going to be a book you’re going to want to pick up! The first in a series of collector-based hardbound books, Halftone Horrors is a 240-page, full-color tome giving you the history of officially licensed comic book adaptations of horror movies, from the cult and obscure to the more popular titles. It will be a visual guide to this particular medium, giving readers a history lesson, as well as being a guide for every issue published, even including variants, one-shots, promotional comics, and more.

According to the press release, “This guide covers everything from Nosferatu, Frankenstein, and Night of the Living Dead to A Nightmare on Elm Street, Hellraiser, and Army of Darkness.” END_OF_DOCUMENT_TOKEN_TO_BE_REPLACED

End of another year. Another decade. I know one thing for sure that this last decade will not be remembered as one that didn’t produce any good horror movies! Just look at 2014 and you’ll find a ton of amazing films, from here in the US to around the world. As a horror fan, I feel pretty blessed with these last ten years of terror. Let’s hope the ’20s bring us another long list of great cinema.

I had thought that this would be a personal low when it came to films watched, only because it didn’t feel like I had watched that many. In fact, there were a couple of months were I only got to a handful of films. With my book coming out, doing another retrospective for HorrorHound, and the usual holidays, it takes time away from being able to sit and watch movies. But once the tally was done, it turns out that I had watched more in 2019 than I did since 2013! The final number was 236, with almost half of them, a total of 115, being first time viewings. There were a few trips to the drive-ins, some movie marathons, a couple of Turkey Days, and other mini-marathons with friends or just by myself. And I intend to do it all over this year! Really going to try and hit 250 viewings in 2020. END_OF_DOCUMENT_TOKEN_TO_BE_REPLACED

For those book lovers looking for one of the Rondo nominated books for 2018, then make sure you stop by our table at the HorrorHound convention this weekend because we will have copies on hand! Mr. Bradley has graciously sent us a box of his wonderful book so we can help him spread his deliciously demented ramblings. I couldn’t recommend this book enough, my fellow readers out there.

We only have a limited supply on hand and once their gone, you’ll have to do it the old fashion way and order it online! So stop by quick and pick up your copy at the Kitley’s Krypt table!

See you this weekend!!! 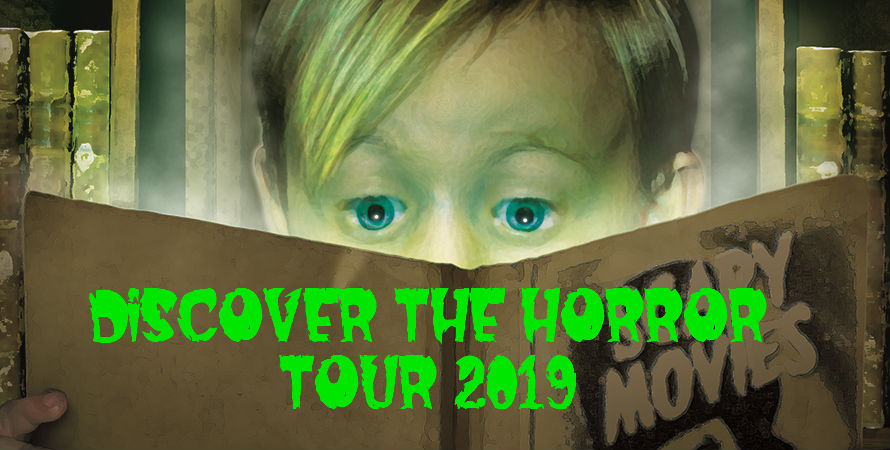 With the release of my first book later this year, we are calling our 2019 tour something a little different than the usual “World Tour”. For this year, we will be calling it the Discover the Horror Tour 2019! We’re hoping to not only get some advance advertising about my book, but also to help promote fans to learn more about the horror genre. So much to read, so much to watch, and so much to learn!

END_OF_DOCUMENT_TOKEN_TO_BE_REPLACED

The waiting is almost over. This coming Friday will see the first stop in our 20-Year Anniversary Kryptic World Tour! That’s right, as I’ve may have mentioned once or twice before, this year marks my 20th year running the Krypt, so we hope to celebrate that even more at each and every show on this year’s tour. We have new T-shirts and even a couple of those enamel pins that everyone seems to be going crazy over, to help celebrate this milestone. And if you’re in the market for a new horror reference book, our inventory is bursting at the shelves, as we’ve been stockpiling over the winter and have some amazing titles for you to add to your own horror library! Some of the titles are in limited quantities (usually just one!) so make sure you hurry over to our table so you don’t lose out.

I can’t tell you how much I appreciate everyone’s support over the last two decades, both here online as well as at the conventions. I know there are some of you that have been following my little ramblings for quite some time, so thank you! 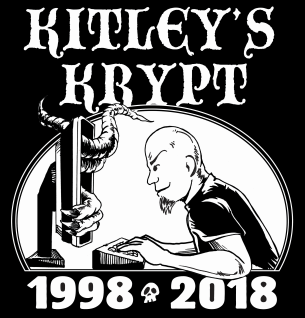 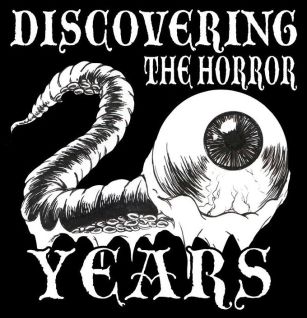 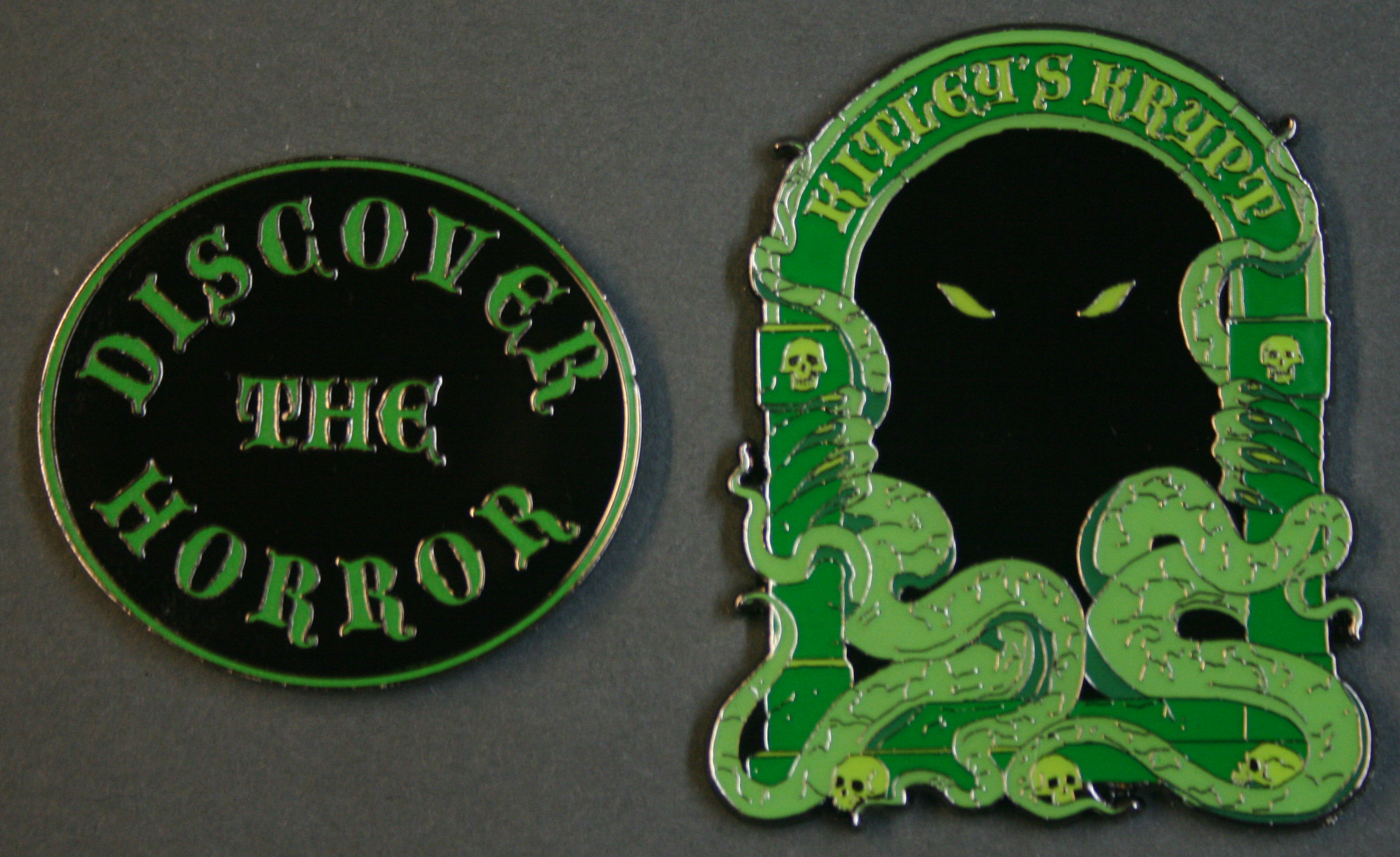 END_OF_DOCUMENT_TOKEN_TO_BE_REPLACED

I apologize for not having a new Mystery Photo up yesterday but we got back home last night around 2am from the HorrorHound Weekend in Cincinnati and were just dead tired. From Friday to Sunday, I probably got about 15 hours of sleep. But it was well worth it. It was our first con of the year and it was a doozey! It definitely set the bar high for the rest of our 2017 Tour. Not only was it one of the best shows we’ve ever had, but it showed me something that I often doubt at the cons these days. 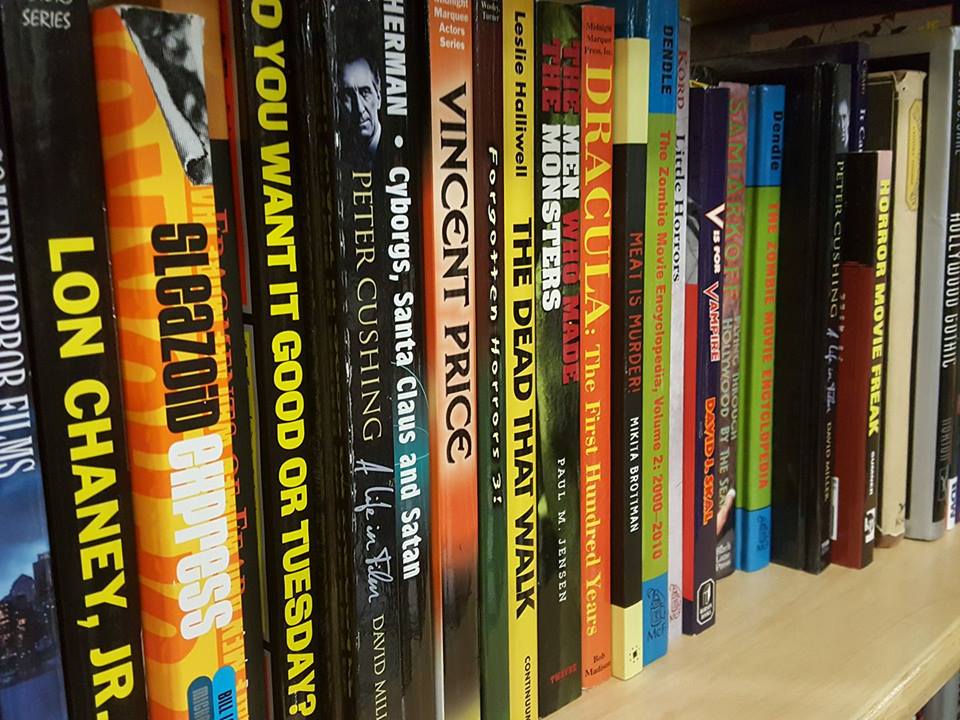 END_OF_DOCUMENT_TOKEN_TO_BE_REPLACED

In a little over a week, our first stop on the 2017 Kryptic World Tour takes place at the HorrorHound Weekend in Cincinnati, Ohio! It has been a long five months since our last show and we are really looking forward to get back out on the road and meet a ton of other like-minded horror fans. We will be set up in our usual spot (at least I think/hope so) and will have our usual array of horror reference books for sale. In fact, we have been slowing adding to our inventory over the winter and have got a ton of new titles, both older and newer releases, all at our usual great prices. So no matter if you’re looking for a biography, film guide, or maybe one on subjects the classics to Italian horror to Hammer Films, I think we might have something for you. So make sure you stop by and check us out, or even just to say hello. We’re always interested in meeting new fans and talking about the genre we all love.

END_OF_DOCUMENT_TOKEN_TO_BE_REPLACED

Yes, it is that time of the year again, with the 14th Annual Rondo Awards recently being announced. Yes, my work in HorrorHound magazine has been nominated again for Best Column, which I’m honored to be listed amongst so many other great writers. I’d love your vote, but more importantly, I would love you to vote period. Doesn’t need to be for me, but vote from your heart, to those you feel has done an admirable job. There are many different categories, from writing to artwork, to the DVD releases. Try and vote in as many categories as you can, but it not mandatory to do so. Just keep in mind that these people put in a lot of hard work for what most of us is just a passion and not a profession. And I think that is something that needs to be rewarded, even if it just a little statuette.

So click on this link HERE and send them an email with your vote. It only takes a few minutes and will help show these dedicated people that their work is not in vain, but that is being enjoyed by many out in the world.