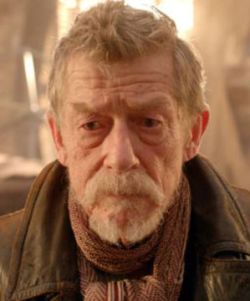 The world lost a true talent yesterday with the passing of actor John Hurt, who passed away at the age of 77 after a battle with cancer. While most horror fans know him for his role in Ridley Scott’s Alien (1979), where he literally gave birth to a new breed of monsters, he did appear in quite a few other horror films, such as the incredible chilling 10 Rillington Place (1971), The Ghoul (1974), Roger Corman’s Frankenstein Unbound (1990), and Guillermo del Toro’s Hellboy (2004). Not to mention the countless other roles that he appeared in, even playing Doctor Who in a special episode, and doing it quite well.

Hurt was an actor that when he appeared on the screen, he got your attention. With his unique voice, it could sooth your thoughts as well as send chills up your spine. Such a talented craftsman. He will be missed, but always remembered for his stellar performances, and definitely never forgotten. Our thoughts go out to his friends and family.

Doug Jones became known for his roles where his face was usually completely hidden underneath a ton of makeup. But his talent rose through all of that latex and rubber, creating some incredible characters over the years. We had a chance to talk to him at the HorrorHound Weekend show back in Aug. of 2008, in Jones’ hometown of Indianapolis, Indiana. Out of all the celebs that I’ve met over the years, Jones is one of a kind, and one that you’ll never forget once you meet him.