In a little less than 2 weeks, the Skyline Drive-In will be hosting their annual Super Monster Movie Fest. This year’s theme is Man Made Monsters and they have posted the final and complete list of titles that are scheduled to play. As always, they have one hell of a great lineup! Here’s is what will be playing: END_OF_DOCUMENT_TOKEN_TO_BE_REPLACED 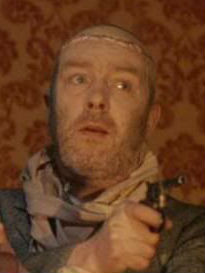 My all time favorite of Hammer’s Frankenstein series has always been Frankenstein Must Be Destroyed. Cushing’s performance as the deviant doctor is unparalleled. It is almost a shame that since Cushing is so good in this, that it takes away from some of the other performances, like that of Freddie Jones in the role of the Professor Richter, who is the unwilling recipient of a brain transplant. His tragic performance is heart breaking, especially has he goes to see his wife in the body of another man.

So it was sad news when heard of his passing yesterday. He had appeared in so many films and TV series, not to mention his work on the stage. He definitely made his mark in the horror genre, such as in The Man Who Haunted Himself (1970), Hammer’s Satanic Rites of Dracula (1973), and Old Dracula (1974). He also appeared in another favorite from my teenage years, Krull (1983). We had this at the theater I worked so I watched it more than a few times. Sure, might be cheesy today, but I still love it and Jones, once again, gives the audience a very emotional performance, especially when he meets his long lost love. Probably one of his most famous, was that in David Lynch’s The Elephant Man (1980).

He may be gone but I know us fans will keep his memory alive and well thanks to all the wonderful roles he brought to life for us over the years. Our thoughts go out to his friends and family.