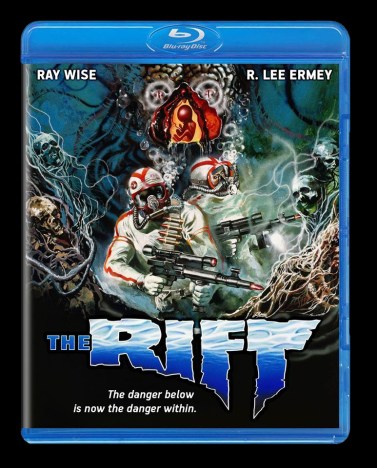 Last year in my column for HorrorHound, I wrote about this little flick, The Rift (aka Endless Descent), from Juan Piquer Simón, releasedin 1990. In fact, it was among the titles we watced during our Turkey Day in May event last Spring. Needless to say, we this movie is a lot of fun. But we had to watch it from an old VHS transfer since it had never gotten a DVD release. Until now.

END_OF_DOCUMENT_TOKEN_TO_BE_REPLACED 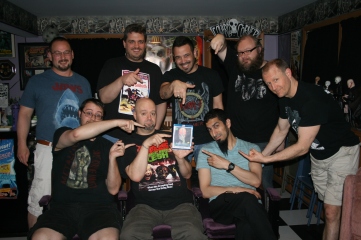 As most of you know, since 2003, I have been holding an annual event on Black Friday in November that I call Turkey Day, where a group of die hard film fans partake in some of the finest in cinematic shipwrecks, all the while being entertained as a bunch of giddie school girls. Well, most of the time. My list of titles that I gather throughout the year keeps getting longer, which is not a bad thing. But a few weeks ago, I was talking to my friend and regular Turkey Day co-pilot, about getting some people together for a movie day. During that conversation that I mentioned about having so many potential titles already on my Turkey Day list. Aaron then threw out, “Why don’t we have another Turkey Day?” The minute that audio hit my brain, the wheels started turning. This was the early part of May when this conversation happened and it hit me that this was six months since our last Turkey Day. So then…Turkey Day in May was born! I quickly sent out a few calls to some friends and set the day for May 16th. My wife wasn’t going to be home most of the day, so the usual feasting on homemade pizzas was going to have to be replaced with some handy delivery pizza. Nowhere near as good as what we usually get, but it was suffice.