The Skyline Drive-in in Shelbyville, IN has announced their lineup for this year’s Super Monster Movie Fest, and it is a DOOZY! The theme this year was The Devil Made Us Do It and I have to say, ‘ol Lucifer really helped them in programming one hell of a show! Taking place the weekend of Aug. 27th & 28th, with a special appearance by Sammy Terry! Here is what they will be screening:

We’ve been going to this event for quite a few years now and always have such a great time. They really have an incredible lineup, from some old classics like The Black Cat with Boris Karloff and Bela Lugosi appearing together for the first time on the big screen, Mario Bava’s Black Sunday, Jacques Tourneur’s Curse of the Demon, to some favorites from the 80s like Evilspeak! How can you go wrong with Clint Howard contacting demonic evil though his computer?!?! Not to mention all the devilish delights you’ll find at their snack bar throughout the night! Hope to see you there!

If you’re looking for two nights of fangs and blood, then head down next weekend to Shelbyville, IN to the Skyline Drive-In for their two nights of vampire flicks! Each night, they will be screening 3 different vampire flicks, including Hammer’s Dracula Has Risen from the Grave!

At the recent Flashback Weekend, they announced the date for this year’s Dusk to Dawn Horrorfest and 3 out of the 4 features they will be screening. And as always, it is one you are not going to want to miss.

Taking place on Saturday, Sept. 21st, they will be screening undoubtedly one of the scariest films ever made, The Exorcist (1973). I know the first time I watched this was on TV in the severely edited version and it still kept me awake at night. It is a film that still packs a punch and has not lost any of its effectiveness to creep into the audiences’ psyche. With great performances from Jason Miller, Max Von Sydow, Lee J. Cobb, Linda Blair, and of course, Ellen Burstyn, who gives a performance that I think is one of the reason this movie is so powerful, since we are living through her character. Not to mention the incredible makeup effects by Dick Smith (and his young assistant Rick Baker). Seeing this one the big screen will really be a religious experience! END_OF_DOCUMENT_TOKEN_TO_BE_REPLACED

Last year we missed this event, which really bummed me out, especially since they were doing Jaws and water terrors theme. But this year, we definitely am going to make it. Why you ask? Even when they haven’t announced any of the titles? Well first of all… it’s a 2 full-filled evenings at the Drive-in? What could better than that? Oh yeah, maybe with the theme being: Man Created Monster. Hmmm… do you think there might be a Frankenstein film in there somewhere? One can only hope.

I am very interested to see what kind of titles they are going to spring on us, but we’ll announced them here once they do list them. I know we will be there once again to enjoy the films, eat a corn dog or two, and have a great time. Why not come out and join us.

This event takes place on Aug. 23rd & 24th, at the Skyline Drive-in, located in Shelbyville, Indiana, it’s just about 20-30 minutes south of Indianapolis. Start making your plans now to attend. You won’t be disappointed.

Next weekend we will be heading out the Midway Drive-In for their annual Dust-to-Dawn Horrorfest, and this year they have one hell of a lineup. Then again, they always do! This year’s lineup consists of the following titles:

END_OF_DOCUMENT_TOKEN_TO_BE_REPLACED

So far, they have only announced two of the four features they will be screening. The first one is the full uncut version of James Cameron’s Aliens. I think the last time I got to see this on the big screen when it was first released, but that was the shorter theatrical cut. So this will be a nice treat.

The second feature announced is Nightmare on Elm Street 3: Dream Warriors. I’m not a huge fan of the later films in this series, but this one is still a lot of fun. Great special effects on display here! 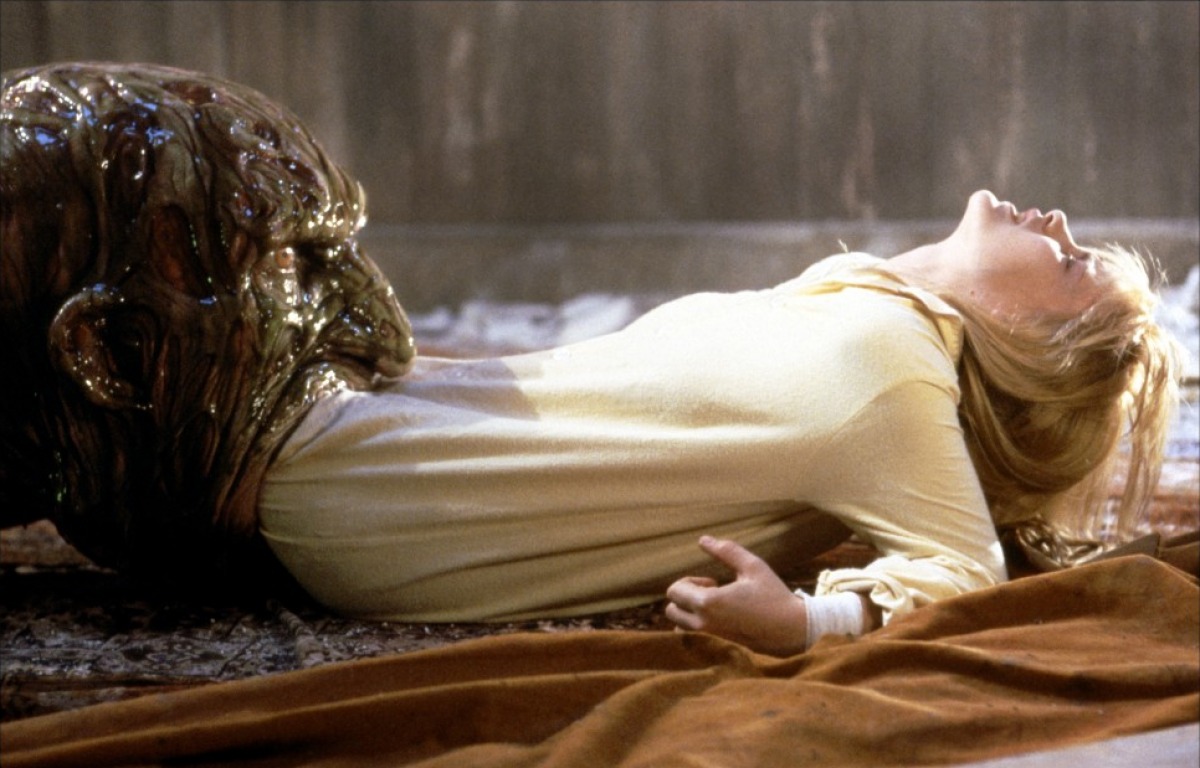 We will be set up outside the concession area, as always. Along side Jill & Greg from Lix, you’ll be able to do a little shopping in between the films and picking up some snacks at the concession stands. Hope to see you there!

For more information, head over to the Midway’s website HERE.

Once again, the Skyline Drive-In Theatre in Shelbyville, IN, will be having their annual Super Monster Movie Fest, which is two nights of four classic features. This year’s lineup definitely has a theme to it and looks just amazing, as usual. We’ve been to this event for the last 3 years have had a blast each and every time, and plan on being there again. They have another great list of films that will be awesome to see on the big screen, especially some of the older titles. Here is what they’ve announced:

END_OF_DOCUMENT_TOKEN_TO_BE_REPLACED

I tend to have a problem sleeping once the sun comes out, so it was around 8am when I woke up. Not only was the sun out, but it seemed to be beating down on the van, raising the internal temperature like an oven, even this early. The first thing I noticed when I opened my eyes was the heat. We had left the windows cracked open a bit so it wouldn’t be stuffy in the van, but it was just hot and we felt like we were baking. As we started to get up, I realized that maybe staying in the van wasn’t the best of ideas. Although, I did discover that I wasn’t as old as I thought I was, being able to change my clothes in the back of the van! At my age, it is those kind of achievements you have to celebrate!

Once we were up, dressed and moving about, and immediately started to put some thought into breakfast. The concession stand was still open and were serving breakfast items like breakfast burritos, biscuits and gravy, etc. But we were surprised to discover that the Tamale Place in Indianapolis opens at 6:30 in the morning, meaning that we can have them for breakfast! And so we were off.

END_OF_DOCUMENT_TOKEN_TO_BE_REPLACED

So…why would I drive 250 miles to a drive-in theater to see movies that I already own on DVD? That is a question that is tough to explain, especially to a someone that isn’t a movie person. And by a “movie person”, I mean it’s a person where movies mean more to you than your average person on the street. I mean, movies have a major impact on your life. So if you’re not one of these, I’m not sure I could explain it to you where it would make sense. If you are one, then there’s no reason to explain it anyway, because you already get it.

END_OF_DOCUMENT_TOKEN_TO_BE_REPLACED

For those with the love of the drive-in experience, then get ready to mark your calendars! We’ve got some updates of some events happening at a couple different drive-in theaters that we go to so we want to spread the word.

Now the Skyline Drive-In in Shelbyville, IN, is holding their annual Super Monster Movie Fest, which we’ve reported on before here. You can get all the info on their website HERE, or at least what they’ve updated so far. That is taking place on Aug. 26th & 27th with the below features scheduled: