I know it is hard for some fans to think of Jess Franco as a highly crafted filmmaker, but there are more than a few examples in his filmography to prove that. This, however, is not one of them.

The first time I saw this film was from the Wizard Video VHS tape, under the title The Screaming Dead, which is quite different when comparing it to the DVD of Dracula, Prisoner of Frankenstein. Right away you’ll notice that it is extremely cropped with most of the opening names in the credits being cut off on the sides. The film is sequenced differently as well, having some parts in there that are not in the DVD version! For the sake of sanity, I’m just going to talk about the DVD version from Image Entertainment back in 2006. END_OF_DOCUMENT_TOKEN_TO_BE_REPLACED

Sure this is close to a year away, but no reason why you can’t start planning out events for next year, right? Creepy Classics and Monster Bash have scheduled their next film fest, this time featuring the work of Bela Lugosi! Taking place on Aug. 14th & 15th at the Palace Theatre in Canton, Ohio, they will have 2 days of Lugosi films! Below is the schedule: END_OF_DOCUMENT_TOKEN_TO_BE_REPLACED 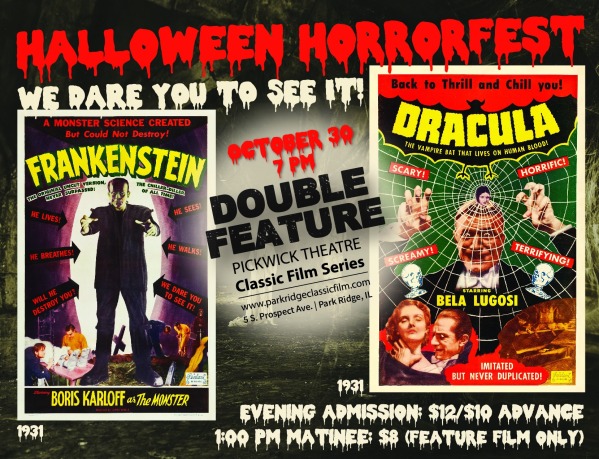 Back in 1938, a theater owner named Emil Umann rented prints of the original Dracula and Frankenstein, along with Son of Kong, and screen them as a triple feature. He got the rental of the films pretty cheap because the studios didn’t think anybody cared about these monster films anymore. Oh how they were wrong. These screenings became so popular, that Umann started running them close to 24 hours a day to keep up with the demand. He even contacted Bela Lugosi to come down to make appearances during the screenings. Once Universal discover this, not only did they increase the film rentals, but made 500 more prints and started renting them to other theaters. Plus, they immediately put another Frankenstein film into production!

If you haven’t had the chance to see these two classic monster films on the big screen and are in the Chicagoland area, now is your chance. The Pickwick Theater in Park Ridge, IL, will be screening both Dracula and Frankenstein on October 30th, starting at 7pm. The Pickwick is a great theater to see these films too! So make your plans now to make sure you attend and see our horror history come to life on the big screen! 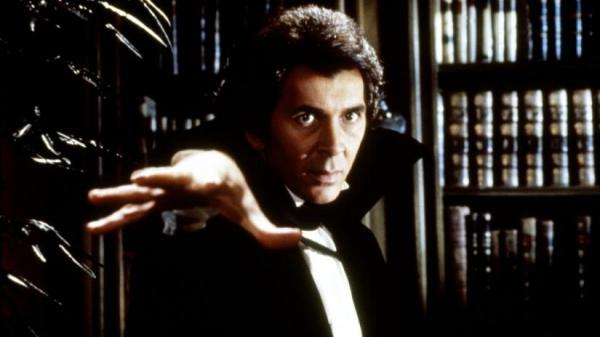 I can remember watching the 1979 version of Dracula on VHS, and loving the look, the feel, and the atmosphere of it, especially in its glorious color. But something happened when it was released to DVD for the first time. All of the color was bled out, making it almost look black and white. Here’s the little backstory to that. Originally, director John Badham wanted to film it in black and white but the studios said no way in hell. When it came to be released on DVD, Badham had control over the look of the film and had it modified to fit the version he originally wanted to make. END_OF_DOCUMENT_TOKEN_TO_BE_REPLACED 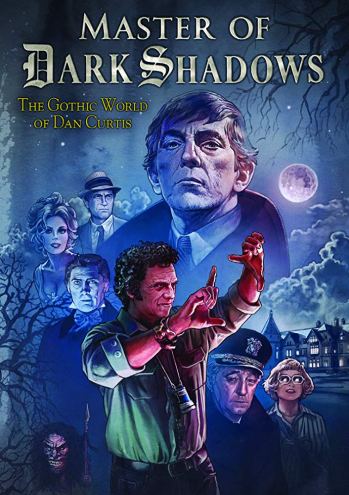 You couldn’t grow up watching TV in the ’70s and not know of the work of Dan Curtis. His work had a huge impact on my life, from The Night Stalker (1972), The Norliss Tapes (1973), Trilogy of Terror (1975), and so many other made-for-TV movies. Oh yeah, and there was that series Dark Shadow that you might have heard of. Needless to say, if it was from Curtis, you know it was going to be worth your time. And now, thanks to director David Gregory, we’re going to have a chance to learn a little bit more about this amazing man.

Set to be released next month, this feature length documentary covers Curtis and his work, hearing from a ton of people that worked with him and were fans of his work, such as Ben Cross, Roger Davis, Jonathan Frid, Whoopi Goldberg, John Karlen, William F. Nolan, David Selby, Barbara Steele, Kathryn Leigh Scott, Bob Cobert, and many more.

While he definitely worked outside the horror genre a few times, like writing, producing, and directing the Emmy Award Winning mini-series War and Remembrance (1988-89), he made such an impact with horror fans with his films. And they are still as entertaining now, decades later, as they were then. Kudos to Gregory for helping bring light to this talented man that was use to working in the shadows.

This really must be the year for special edition soundtracks for Dracula films. Recently Varèse Sarabande had released a 2-CD special edition set of John Williams’ score for the 1979 version of Dracula, which we promptly pre-ordered the minute we heard that news since that has always been a favorite score of mine. And now, thanks to the fine folks at La-La Land Records, they will be releasing a 3-CD set for Bram Stoker’s Dracula (1992), giving us fans almost 3 1/2 hours of this incredible music from Wojciech Kilar.

END_OF_DOCUMENT_TOKEN_TO_BE_REPLACED

Working outside of the horror genre, he also composed the music for Curtis’ war epics The Winds of War (1983) and War and Remembrance (1988), as well creating his fair share of game show themes!

Cobert’s music had its own unique style that was recognizable, memorable, and always added to what we were watching on screen. Those films and shows would definitely had lost something without had it not been for his music.

One of the very first film scores that hooked me was that of John Williams’ score for the 1979 version of Dracula, starring Frank Langella. It was also one of the first soundtrack LPs I bought back in the day, being every bummed that it just wasn’t that long of a score. But now all of that is going to change, thanks to Varèse Sarabande.

END_OF_DOCUMENT_TOKEN_TO_BE_REPLACED

Because our September and October wasn’t filling up already, the Music Box has decided to screen some of the Universal classics in their Universal Horror: A Matinee Series, starting at 11:30am on each weekend listed below. Plus the fact that these are all being screened from 35mm prints! Now is your chance to see some of these essential titles from our horror history but on the big screen like they were meant to be seen! Here’s the schedule for this series:

END_OF_DOCUMENT_TOKEN_TO_BE_REPLACED

If you are a fan of Hammer Films, then you are a fan of Robinson’s work, even if you don’t realize it. Robinson was the art director and later production designer that worked on good number of their films, from Quatermass 2 (1957) to Frankenstein Must Be Destroyed (1969). The first actual film that he worked on was as an art director on The Case of the Frightened Lady (1938). Over those early years, he became good friends with Tony Keys, who would later invite Robinson to come work for Hammer.

Robinson could not only create unbelievable sets out of very little money, he also designed sets that could be used over and over again but moving things around and a little re-dressing. In fact, he was a master of his. Director Terence Fisher had stated that with one of Robinson’s sets, he could point the camera anywhere and he knew it would look fantastic.