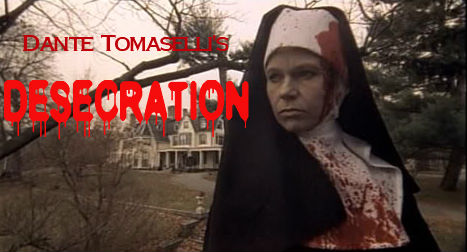 “My films are really about peeling back the layers of pain and guilt buried in the unconscious mind.”

That above quote really captures the work of filmmaker Tomaselli. He is one craftsman that really is creating from his mind, heart, and soul, and I think that really shows in his work. I can remember reviewing this film when it first came out two decades ago and was impressed with what he was showing us. Now with the 20th Anniversary Blu-ray getting a release from Code Red, what better time to take a trip down memory lane than now, right? Has my thoughts on this changed over the years? Has it gotten better, or worse over time? Read on to find out.

END_OF_DOCUMENT_TOKEN_TO_BE_REPLACED

Such a great time to be a Naschy fan, or if you’re not, a great time to start! Having just received my copies of Mondo Macabro’s Inquisition and Scream Factory’s Paul Naschy Collection, we know the Year of Naschy will continue. Code Red had already announced titles like Mummy’s Revenge and Assignment Terror. But now, they have recently announced that they will also be releasing the first movie starring everyone favorite werewolf, Waldemar Daninsky, the 1968 film Frankenstein’s Bloody Terror! Okay, the original title is La Marca del Hombre Lobo, but most American fans first discovered this movie under the title Frankenstein’s Bloody Terror, after Sam Sherman came up with that moniker to sell it as a Frankenstein film, even though there isn’t nothing close to that character in the film! But I digress….

Code Red has announced that this new print will be from a brand new 2k scan and will be the uncut international version, not the edited American version. So once again, I will be more than happy to upgrade to Blu-ray to show my support of Naschy’s work, what companies like Code Red are doing to keep these films (and the people that made them) alive! And you should do the same! By buying this release, the fans are showing that we will support this kind of entertainment, than some of the dreck that is coming out of Hollywood these days that they are trying to pas off as quality horror entertainment.

Okay, so last week the news of Paul Naschy’s The Mummy’s Revenge was getting a Blu-ray release from Code Red, which since it had never even been released on DVD here in the states, this was pretty stellar news. Granted, we don’t know a lot of details, like if it is uncut or what the source is, but we have our fingers crossed.

Then a couple of days ago, we got more news of yet another Naschy flick will be hitting Blu-ray, his werewolf outing, The Fury of the Wolfman. This might be considered one of Naschy’s lesser quality Daninsky films, but I know more than a few people that just love this film. I may not be one of them, but it is still a Naschy flick, so it is more than worthy for my collection! Besides, if there is a Naschy film that comes out on Blu-ray, I will be picking it up just to show support! Plus…come on! It’s a Naschy Werewolf flick! How could you pass on this?!?!?

Of course, the real question is going to be which version is this going to be, since there has been a few different versions released on video over the years, some with nudity, some without, some footage in some and not the other. So we are hoping that not only is Code Red doing another splendid job re-mastering the film, but that it will be uncut as well. They have reported that it will have a brand new 2K scan, so that is a great start.

END_OF_DOCUMENT_TOKEN_TO_BE_REPLACED 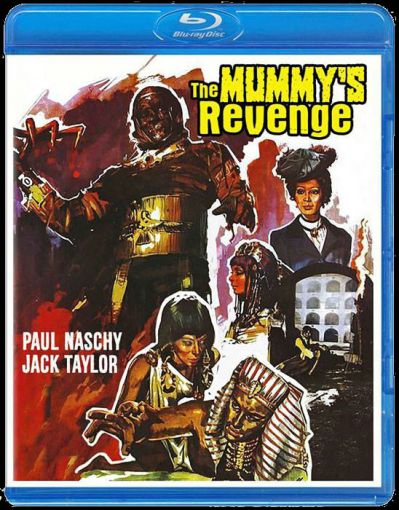 One of the best bits of news I’ve heard all week, that Naschy’s 1975 film The Mummy’s Revenge (originally title La venganza de la momia) will be making its way onto Blu-ray, thanks to Code Red. They haven’t stated what extras this release will have, but honestly, as long as it is the widescreen version and hopefully uncut, then that would be fine with me. Sure, it would be great to have some interviews with maybe Jack Taylor or Helga Liné, but those definitely would be a bonus.

END_OF_DOCUMENT_TOKEN_TO_BE_REPLACED

Obviously one of the things I preach here at the Krypt is Discover the Horror. By that, I mean to explore and seek out new things in the genre, both old and new…but mainly old. One of the things that makes this a little easier these days are these Blu-ray companies who are putting out some amazing titles, some that were on the verge of being lost in the vast wasteland of obscurity. But thanks to companies like Synapse, Vinegar Syndrome, Arrow Video, Shout Factory, Code Red, Severin, Dark Sky, Mondo Macabro, just to name a few, they are not only keeping these films alive and available, but giving some titles a treatment that they probably never had before, even when they were first released.

END_OF_DOCUMENT_TOKEN_TO_BE_REPLACED 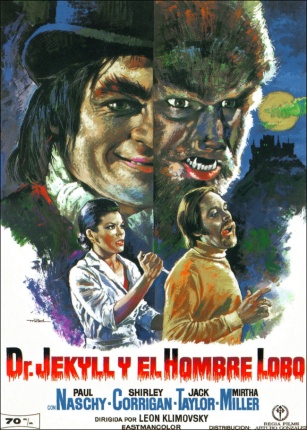 If there is one thing you have to give credit to Paul Naschy for, it is the fact that he made so many Waldemar Daninsky werewolf pictures and always tried to throw something new and different in them. And this film is a prime example of it, as well as how creative and inventive Naschy was for even coming up with a plot like this!

Without going into too much detail, Dr. Jekyll, played by Jack Taylor, is going to try and cure Daninsky’s hairy curse by using his grandfather chemical cocktail. His theory is that by transforming him into a Hyde character, he will be strong enough to beat out the urge to turn into a werewolf. Seems legit, right? But no matter how crazy the theory is, what it does do is give us a chance to see Naschy not only bust our his usually entertaining lycanthopic side, but also become one of the best Mr. Hyde performance I’ve seen since Frederic March in 1932.