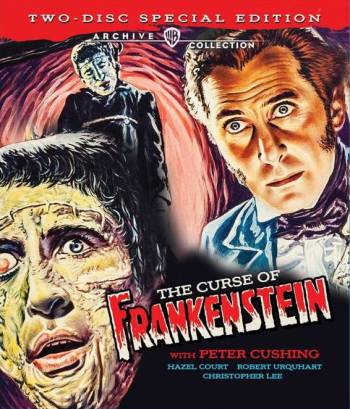 Coming to Blu-ray for the first time in the U.S., Warner Archives has announced a new 2-disc special edition of Hammer’s The Curse of Frankenstein, the movie that really put the Studio that Dripped Blood on the map. This new release will contain 75 minutes of new documentary work, audio commentary by Screenwriter/Film Historian Steve Haberman and Filmmaker/Film Historian Constantine Nasr. You’ll get to hear from some of Hammer’s best scholars, such as Richard Klemensen discussing the history of the film, cinematographer and producer David J. Miller discussing Hammer’s underrated cameraman Jack Asher, as well as hearing from Christopher Frayling, Christopher Drake, and so much more.

The disc will contain a 1080p HD Restoration Masters from 4K scans of Preservation Separation Elements, but also a newly re-mastered 1.37:1 open-matte version as well. END_OF_DOCUMENT_TOKEN_TO_BE_REPLACED