Italian icon Aristide Massaccesi, used so many different pseudonyms throughout his career, it’s tough to keep track of them. But the one name that he is most commonly known under is Joe D’Amato. This film here is his first real horror film as director, as well as co-writing it and being the cinematographer. It really does show his style, because he usually didn’t go for anything really flashy or outrageous, but still packed a punch.

END_OF_DOCUMENT_TOKEN_TO_BE_REPLACED

Director Yamamoto returns a year after The Vampire Doll  with another vampire tale, this one a little more traditional when it comes to the Western influence. As a small child, little Akiko is chasing after her dog that wanders into an old house. Once she goes in, she comes face to face with a vampire, with yellow glowing eyes and wide mouth with fangs. Years later, Akiko is still feeling the trauma from that point in her childhood, and was convinced it was all a dream, even though she’s not too sure about it. Living by the lake with her sister, trouble starts again when a large white coffin is delivered to her neighbor who runs the boat house.

END_OF_DOCUMENT_TOKEN_TO_BE_REPLACED

In 1970, director Michio Yamamoto released the first film in what is now called the Blood Thirsty Trilogy, which has recently been released on Blu-ray by Arrow Video. They all have somewhat of a vampire theme to them, using the feeling of traditional gothic horror and the usual vampire trappings that was being made famous by Hammer studios in the UK, as well as in America. But these are kept in a modern day Japan setting and still putting their own little touches in there.

END_OF_DOCUMENT_TOKEN_TO_BE_REPLACED

Nothing like the ’70s to have a movie with some creepy father lusting after his daughter! And Robert Lansing does a stellar job in the role too! Not sure if that’s a compliment or not.

Lansing stars as a plastic surgeon who has a daughter that has been missing for over a year. She just took off and nobody seems to know where she went. Maybe it had something to do with the fact that she witnessed him killer her boyfriend after he was watching them have a little sexual romp. So right off the bat, we see how seedy this guy is. After his father-in-law dies, leaving his estate to the missing daughter, he comes up with a plan, right after coming across a stripper who’d been beaten beyond recognition. Good thing he’s a plastic surgeon, huh? After a skillful operation, he has changed the face of this poor girl to look just like his daughter. Of course, when the real daughter shows up, things get even more weird.

END_OF_DOCUMENT_TOKEN_TO_BE_REPLACED 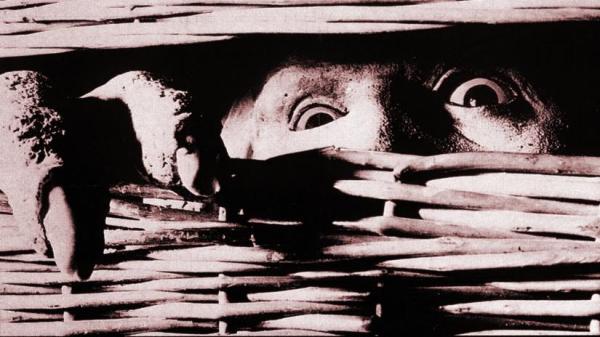 Something amazing seems to happen when Arrow Video and Frank Henenlotter come together for a release of one of his films. When I got their release of Brain Damage (which happens to be my personal favorite of his films), there were so many great extras that those alone make it worth picking it up. And this release of his first feature film is just the same.

Basket Case is the simple story of a two brothers who seek revenge on the doctors that separated them. Okay, so one of them, Belial, is a deformed Siamese twin that never fully developed that was growing out of the side of the ‘normal’ brother, Duane. Belial is kept in a large wicker basket that Duane carries around. They arrive in New York to find the last of the medical team on their list. But of course, everyone reading this already knows the story because you’ve already seen this flick, most likely more than a couple of times, right? If not, then this is one title that is a necessary requirement in your horror education.

END_OF_DOCUMENT_TOKEN_TO_BE_REPLACED

This has always been my favorite of Argento’s Animal Trilogy. Even though the reveal at the end of the film doesn’t have the big “It’s You!” payoff that a good thriller might have, this is a giallo after all so it comes down to many other things. But having a blind puzzle maker as one of the main protagonists is something that I’ve always thought was a cool idea, and Malden does an excellent job here.

END_OF_DOCUMENT_TOKEN_TO_BE_REPLACED

There were a few things that got my attention right away when this disc came in the mail. First and foremost, it is directed by Sergio Martino, who has made more than a few films that I have really enjoyed over the years. I mean, let’s face it…the man is a god when it comes to the giallo! Secondly, it would be the first of five times that Claudio Cassinelli would appear in one of Martino’s films, before dying in a tragic helicopter accident. My first introduction to Cassinelli’s work was in Martino’s Island of the Fishmen (1979), co-starring Richard Johnson and Barbara Bach. He always seemed to have fun playing the good guy and did it well. So he’s always a welcome site for me when he appears on screen.