I really liked this movie, even though I have a few issues with it here and there, but it still packed one hell of a punch. Several times, actually! But honestly, I didn’t remember that much about the score originally. After finding out that this was done by the same composer that did the recent Color Out of Space for Richard Stanley, I figured I would have to give this one a spin. And I’m so glad I did!

I feel like I need to go back and re-watch this film to see if the impact certain scenes make is maybe because of the music. There are certain tracks that just grab you. There are ones that are loud and bursting, while others that are quiet and more subtle, seeming into your brain. There might be little noises seemingly in the background that almost make you wonder if it is part of the soundtrack or something happening outside, such as in Track # 7, Aftermath. There are also those that start out very slow without you hearing much, then it just builds up and explodes at the end. Tracks # 5, Party, Crash and # 14, Book Burning, are perfect examples of this. END_OF_DOCUMENT_TOKEN_TO_BE_REPLACED 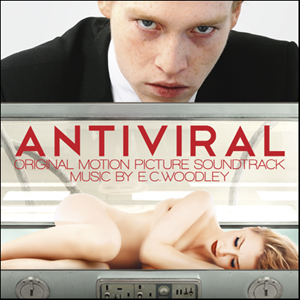 Having not seen the film yet, we’re going strictly on this score alone, and not how it might add or enhance the movie. But right away, we can tell how different this score is from most soundtracks. It is very quiet, slow, subdued, and very unique. To know that it is from a film directed by David Cronenberg’s son makes perfect sense. The opening track, just entitled Opening, starts out with a slow echoing piano, playing a few notes, before either a violin or an electronic device takes over right before moving into the next track. And that is what we’re in for with the rest of the score. It is very heavy on the electronic sounds, with vibrating notes holding for long periods of time with other sounds overlapping them, such as more piano or a bass sound, something soft and distance, other times loud and vibrating. END_OF_DOCUMENT_TOKEN_TO_BE_REPLACED 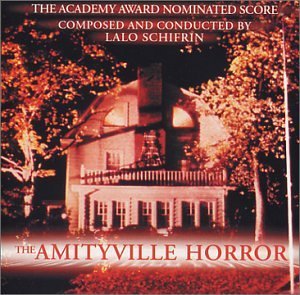 The Amityville Horror
Released by Aleph Records, 2017.
17 Tracks, with a total running time of 61:02 min.
Composed and Conducted by Lalo Schifrin

There are some movies that are obviously classics, The Amityville Horror being one of them. But that can be said for soundtracks as well, and the score that Lalo Schifrin created for this 1979 film is also one of them. From the opening Main Title theme, it creates a false sense of comfort with this dreamy, child-like nursery theme, but then also has some darker elements in the background, like a storm brewing! But then next track, Father Delaney, it immediately starts to build up the suspense and the terror that is soon to come. END_OF_DOCUMENT_TOKEN_TO_BE_REPLACED

For fans of the Dr. Phibes movies, how could you not love to have this in your collection? Perseverance Records did an incredible job bringing this to fans with this release. From the opening Main Title track, you can just about picture the good Doctor being resurrected from his sleep! Then when the next track, Vulnavia’s Theme kicks in, it really is like a dream!

Composer John Gale has created a wide variety of musical styles in this soundtrack. From the operatic Vulnavia’s Theme to the sound of the big band era, with some classic pieces thrown in for good measure, it has such an immense range of music and feelings produced for the many different elements of this movie. From tracks like Remembering Victoria is a short but beautiful little piece of music, almost sounding like a harpsichord, to the wonderful guitar sequence in the track To Egypt, but it captures the feelings perfectly. END_OF_DOCUMENT_TOKEN_TO_BE_REPLACED 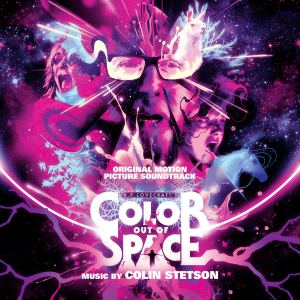 Color Out of Space
Released by Milan Records, 2020
13 Tracks with a Total Running Time of 45 min.
Music by Colin Stetson

Let me start this by saying that I absolutely love the film Color Out of Space. So yes, this may make my review a little jaded, but I hope that you can at least understand why I think this score is an incredible piece of music when I’m done. So let us begin.

Watching the film, it really brings another world right in front of you, with strange and colorful things happening all around you. The music is right there giving you the audible angle to surround your ears with what your brain is seeing. It seems to just float around you while you’re listening to it, giving you a odd feeling of something… different. It may help when you have the volume cranked up! END_OF_DOCUMENT_TOKEN_TO_BE_REPLACED

The Phantom of the Opera (1989)
Released by Restless Records
20 Tracks with a Total Running Time of 36 min.
Music Composed and Conducted by Misha Segal

I was one of those fans eagerly awaiting for this film to hit the theaters. I knew Robert Englund was much more than just Freddy Kruger so I was excited to see a new version of one of my favorite horror characters. I was not expecting the music to have an much of an impact on me as it did. So much so that I was drying for the score to get a release on CD! END_OF_DOCUMENT_TOKEN_TO_BE_REPLACED

It is funny how one’s opinions can change over the years. I’ve been going through some of my reviews from the old Krypt and bringing them to the new format. During this process, I realize I don’t have a review posted for the soundtrack for this movie, which I recently posted in my list of films that people need to see. As I was going to bring it over, I re-read it and was amazed to find out that I apparently didn’t care for it that much. The strange this is that this is one score that I’ve been listening to quite a bit lately when I’m working on some writing. Because it is more “background sounds” than actual music, it just didn’t resonate with me too well. Well, here is an updated review with some different thoughts on it. END_OF_DOCUMENT_TOKEN_TO_BE_REPLACED