Ever since I dismissed the Kryptic Army back in 2015, I had more than a few people tell me, on multiple occasions, that I need to start it back up. After a while, it made me realized that while we all watch a ton of movies on our own, the soldiers of my little army still enjoyed a little challenge each month, to purposely seek out two films they hadn’t seen. And as the saying goes that no soldier will be left behind… well, I feel that no movie should be left behind! With more and more new movies coming out, as well as so many titles that are in fear of being trampled over and lost in the dirt, I think it is even more of a perfect time to raise the call and to help put the spotlight on some titles that we have missed so far. 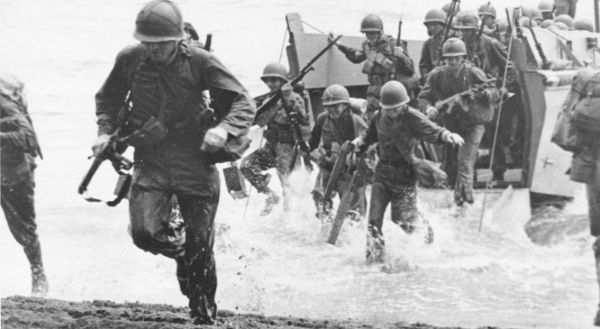 So welcome back to the front lines!

To start off the new deployment of the Kryptic Army, I think it is a perfect time to honor those already fighting the good fight. This month’s mission is to find two horror films that you have not seen before that have a military angle to them. It could be from any era or time frame, and could take place in any country, but it has to have some sort of military theme to it. Could be Nazi Zombies, could be ghosts from the battlefields coming back to haunt the living, or any aspect that involves soldiers, dead or alive.

You have until 11:59pm on January 31st to find these titles, watch them, and then give your report. Just come back to this post and in the comments section state the two titles you watched and what you thought. Even if it is simply “Great movie” or “Waste of time”, just some sort of opinion. Granted, we’d love a little more info on your thoughts, but it is up to you on how much you want to say. Also, please keep any spoilers out of your reports.

Once a report is posted, please feel free to post your own comment to the report. Obviously this is not a requirement for the mission, but the goal is to get a discussion going, whether you might have liked it or not, some other movie suggestion, and again, no spoilers.

So step up, Soldier! Get your gear and hit the dirt! Or just play on the Blu-ray player…

In 2010, the Kryptic Army was formed, where brave soldiers fought monthly battles, some much tougher than the last. But they stood tall and face those horrors with honor and pride. But once 2014 came to an end, when all the dust had settled, the wounded were cared for and mended, the war was over, and the soldiers were released from duty.

But now the call to arms has returned. To all the Veterans that served in the last 5-year battle, there are still more challenges ahead, if you wish to return to active duty. If you missed out on the Kryptic Army during those first 5 years, then now is your chance to stand up and show your merit. END_OF_DOCUMENT_TOKEN_TO_BE_REPLACED