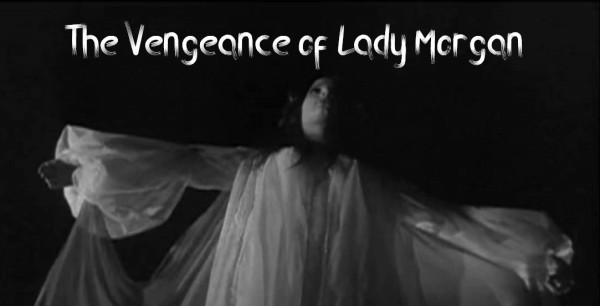 There is something special about discovering a film that you had never heard of, especially when it came out over 50 years ago! Even better when it is an Italian gothic ghost story! At first, The Vengeance of Lady Morgan seems like your typical story about a ghost coming back from the dead for revenge, but it is quite different than what you’d expect from this genre, which for me, made it even more special. 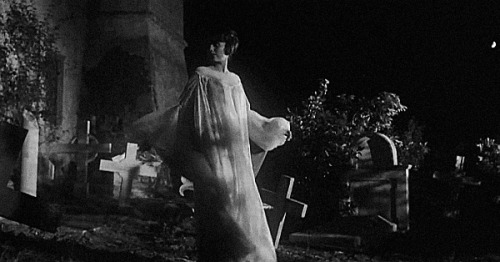 Barbara Nelli stars as the young Susan who wants nothing more than to marry her love, Pierre. But when news of this his heard by the family friend Sir Harald Morgan, who is deeply in love with her (or is he?), he decides that nothing will stand in his way of having Susan as his wife. After Pierre goes overboard on a ship, it seems that Barbara has no choice but to marry Morgan. That is when things start to go badly for Susan.

What I really liked about this is how different is than what you’d expect as the plot plays out. It has many aspects that are very similar to your typical ‘revenge from the dead’ story, but also takes a few other liberties that are quite different, but interesting. It is also filled with plenty of beautiful looking shots, with darkened cemeteries, long shots of hallways and staircases, and a great use of black and white cinematography, all creating some eerie sequences.

Morgan is played by genre favorite Paul Muller. After movies like this and Nightmare Castle, which was made the same year, I don’t know why anybody would marry him because he always seems to have some devious scheme in mind! He is one of those characters that you always know not to trust and in this story, he is no different. But that is part of the fun! This isn’t giving anything away since it is pretty obvious from the start. Especially when his newly married Susan returns home to find all but one of her servants are gone, with beautifully striking Erika Blanc now as the house’s new governess. When she shows up on screen for the first time, we just know something evil is underfoot! Gordon Mitchell is Morgan’s manservant, who plays the part perfectly. If anybody excelled in playing the heavy, it is Mitchell. He is really given a perfect role to show us a character that is much more than just a stand in playing a servant. His scenes are some of the best in the film.

Directed by Massimo Pupillo, who is mainly known for Bloody Pit of Horror, starring Mickey Hargitay, also directed Barbara Steele in Terror-Creatures from the Grave, all in 1965. He didn’t have that long of a career but the three genre films that he did make will be more than enough to have him remembered!

This is one film that is in dire need of a nice Blu-ray release. With this cast, the beautiful cinematography, different but captivating story, it is one that fans of the Italian ghost movies will love. I know I did.