Back in the VHS days, this title would draw your attention in right away because it had a woman laying on a table with an axe buried in her chest! How could you not rent it?!?! But this is one of those hidden gems that never got a release on DVD. But now, thanks to the fine folks at Garagehouse Pictures, it is coming to Blu-ray in what looks to be an amazing special edition! 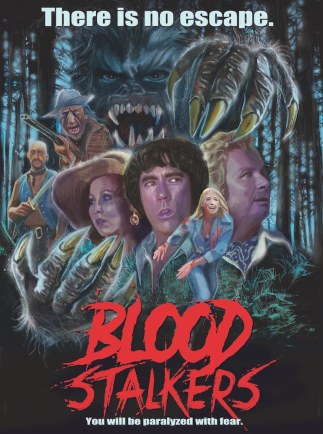 The film is about two couples that are traveling the backroads of Florida run into some trouble, especially when they hear rumors of some crazy monster living out near the swamps. The locals try to convince them they shouldn’t continue in the director they are going, but they don’t listen. While this might not be the greatest movie ever made, for a low budget movie made in Florida, I definitely think it is worth your time. And now this new special edition Blu-ray, that is even more reason to pick it up.

Written and directed by Robert W. Morgan, who is one of the world renowned Bigfoot experts, also wrote the script for William Grefé’s Mako: The Jaws of Death (1976). The film also features special effects by Doug Hobart, who did the makeup (as well as appeared as) for Grefé’s Sting of Death and Death Curse of Tartu (both 1966), two other Florida based low budget horror flicks!

Here are the features on this release:

You can order your copy from Garagehouse Pictures or through Diabolik DVD (just click HERE).