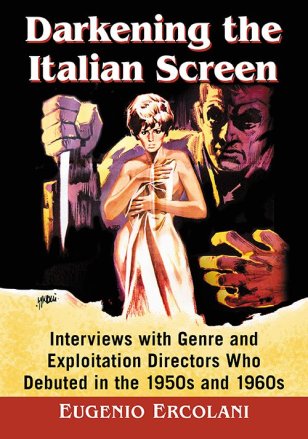 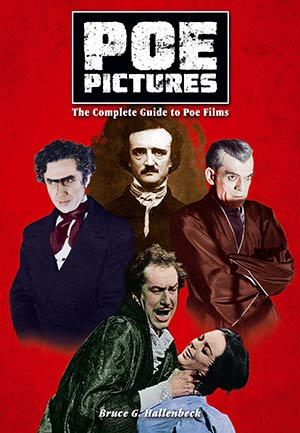 Darkening the Italian Screen: Interviews with Genre and Exploitation Directors Who Debuted in the 1950s and 1960s by Eugenio Ercolani is a collection of interviews with names that might not be as familiar with most fans, but yet have had a huge impact on the Italian exploitation cinema. There are some of the usual suspects like actor George Hilton and director Sergio Martino, but then we’ll also get to hear from the likes of Uberto Lenzi, Alberto De Martino, Enzo G. Castellari, Franco Rossetti, among others. I can’t wait to hear some of their stories and tales from the trenches of getting some of their films made and released.

This 334 page book has been published by McFarland and is available for $45 through their website by clicking HERE.

Poe Pictures: The Film Legacy of Edgar Allan Poe is (hopefully) finally coming out. This has been on Tomahawk Press’ Coming Soon list for ages, but I think it is close to be released. Written by Bruce G. Hallenbeck, this volume will give the details and analyses of the films based on the authors work. Of course, the films made by Roger Corman in the ’60s and usually starring Vincent Price will be covered, but we’ll also read of the importance of each of the titles, a full evaluation, and insights to where Poe and his story ends and the film goes on its own.

We don’t have a release date yet, but we’re hoping it will be very soon. For all the latest information, you can head over to the Tomahawk Press website HERE. 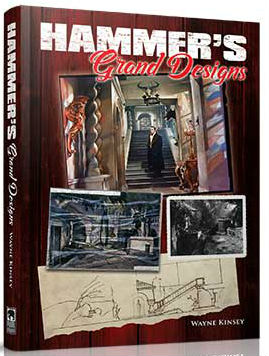 Peveril Publishing will be releasing on another massive edition to their Hammer collection, that simply are a must for all fans of the famous Studio that Dripped Blood. Hammer’s Grand Design, by Wayne Kinsey, will focus on the incredible talent that helped make Hammer Films look and feel like they did. Names like Bernard Robinson, Don Mingaye, Scott MacGregor, among others, were just as responsible for creating this wonderful worlds that we got to watch our favorite monsters roam around in on screen.

Released in a limited edition of only 700 copies, Peveril’s reputation for creating masterful pieces of art with each volume they’ve released. Filled with amazing photos and illustrations, they really are keeping the work of these incredibly talented craftsmen from Hammer’s heritage alive and well for fans to learn and remember.

You’ll see original drafted designs (floor plans and elevations) from Bernard Robinson, Scott MacGregor’s concept design set paintings, and so much more. You can get more information about this release from Peveril Publishing’s website HERE.