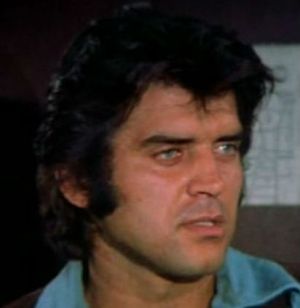 If ever there was a film that would be at the top of a cult and/or exploitation genre, or especially a Turkey Day festival, it would have to be the 1972 film Blood Freak. I mean, where else could you find a movie about a Turkey-Headed, blood-drinking, religious-backed horror film, than in this must-be-seen-to-believed film. Unfortunately, Steve Hawkes (real name Steve Sipek), co-writer, co-director, co-producer, and star of this film has passed away.

He starred in a couple of Spanish made Tarzan films back in the late ’60s and early ’70s, the last of which he was severely burned on the set. After his film career ended in the mid-’70s, he would later start an animal refuge. In July of 2004, he was in the news when one of his Bengal tigers was shot and killed by the Florida Fish and Wildlife Conservation Commission after it had escaped. He was seen on the news openly weeping, blaming the officers for “murdering” his pet.

While he never had a huge career in film, it is because of Blood Freak that most fans of the cult, exploitation, and horror genre will remember him for. And because of this film, he WILL always be remembered. Our thoughts go out to his friends and family during this difficult time.

One thought on “Steve Hawkes – Rest in Peace”