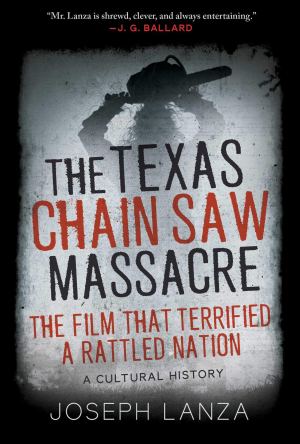 The Texas Chain Saw Massacre: The Film that Terrified a Rattled Nation
Published by Skyhorse, 2019. 304 pages.
By Joseph Lanza

For those that are thinking this is just another book about the Tobe Hooper classic, reading more tales of the notorious film, they are in for a big surprise. I grew up in the early ’70s but am surprised to read about all the stuff going on in the world that I was apparently oblivious too because I was so young. With all the chaos on in the world back then, I’m kind of glad I was too young to know or care about. So a good portion of this book is about just that, all the craziness throughout the world, from gas shortages, meat shortages, trouble overseas, different political scandals and nefarious deeds, serial killers, all coming from the decade of peace and love.

Lanza knows his history and lays it out for the reader to intake, setting the times that Hooper’s film was coming to life and how it was effecting the production, not just in Hooper, but the entire cast and crew. While this book is not going to fill you with more and more details about the actual making of it, you will read about the possible influences that had a hand in shaping this film, then you will find this book very intriguing. There are some things that might be taking a stretch when it comes to hidden subtext, such as the signage at the gas station/BBQ joint the cook runs. But there are more than a few things that seemed like it definitely was the reasoning behind it, such as when the cook is worried about making sure the lights are turned off to save electricity. END_OF_DOCUMENT_TOKEN_TO_BE_REPLACED

I’ve been a long time fan of the work of Al Adamson. I know, some say that would be on par with being a fan of Larry Buchanan, but as I’ve said many times before, if you’re entertained by their work, then they can’t be bad movies! And I still stand by that statement! Adamson made some of the best in low budget horror and exploitation films, such as titles like Satan’s Sadist (1969), Horror of the Blood Monsters (1970), Brain of Blood (1971), Dracula vs. Frankenstein (1971), The Naughty Stewardesses (1975) and Blazing Stewardesses (1975), and so many more. But Adamson’s ending was right out of one of his movies.

Now thanks to David Gregory and Severin Films, you’ll be able to learn more about this man than you ever thought possible. Maybe afterwards you’ll have a little more respect for this underrated filmmaker.

We don’t have a release date yet, but the documentary will be making its debut at this year’s Fantasia International Film Festival. Stay tuned for more information.

If ever there was a film that would be at the top of a cult and/or exploitation genre, or especially a Turkey Day festival, it would have to be the 1972 film Blood Freak. I mean, where else could you find a movie about a Turkey-Headed, blood-drinking, religious-backed horror film, than in this must-be-seen-to-believed film. Unfortunately, Steve Hawkes (real name Steve Sipek), co-writer, co-director, co-producer, and star of this film has passed away.

He starred in a couple of Spanish made Tarzan films back in the late ’60s and early ’70s, the last of which he was severely burned on the set. After his film career ended in the mid-’70s, he would later start an animal refuge. In July of 2004, he was in the news when one of his Bengal tigers was shot and killed by the Florida Fish and Wildlife Conservation Commission after it had escaped. He was seen on the news openly weeping, blaming the officers for “murdering” his pet.

While he never had a huge career in film, it is because of Blood Freak that most fans of the cult, exploitation, and horror genre will remember him for. And because of this film, he WILL always be remembered. Our thoughts go out to his friends and family during this difficult time. 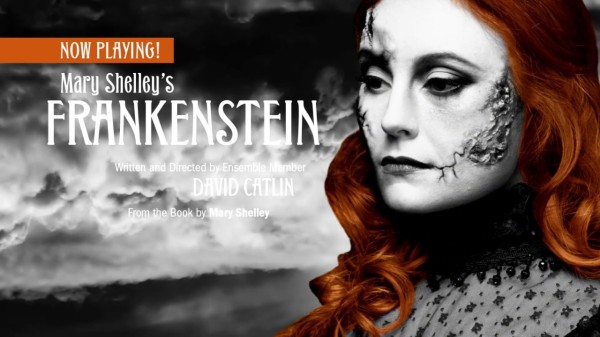 Right now, playing at Chicago’s Lookingglass Theatre, there is a new stage production of Mary Shelley’s Frankenstein. We went last year to see a Frankenstein play at the Lifeline Theatre, which was a different take on the story, but was still entertaining. So when I heard there was a new adaptation of the story, well… I’m a sucker for anything Frankenstein, so it’s hard for me not to want to see what they are doing with this amazing and timeless story.

It is playing from now through Aug. 4th, which seems to be filling up rather quickly. When I went online to buy tickets, seats are becoming few and far between, so if you’re remotely interested, I would jump on it now! END_OF_DOCUMENT_TOKEN_TO_BE_REPLACED

What has seemed like forever, the Skyline Drive-In in Shelbyville, IN has finally announced their lineup (well… most of it) for this year’s Super Monster Movie Fest. Earlier, they had mentioned the theme was going to be Man Made Monsters, which lead to a lot of guessing and speculation. But now, other than one more title on each night that is to be announced, we have our titles. And here they are: END_OF_DOCUMENT_TOKEN_TO_BE_REPLACED

If you’re a fan of Filipino horror films, then you were familiar with Eddie Garcia. Actually, if you were a fan of ANY Filipino movies, then you most likely knew who Eddie Garcia was. The man is credited with 653 acting credits on IMDB! There were years that he was appearing in over a dozen titles in one year alone. In 1975, he appeared in 33 feature films! Needless to say, the man was busy. He was also the most credited man in the Filipino film business as well, taking home more awards in the FAMAS (Filipino Academy of Movie Arts and Sciences) than any other person, with 6 Supporting Actor awards, 5 for Best Actor, 5 for Best Director, 3 different Hall of Fame and 1 Lifetime Achievement award. Yeah…just wow.

But of course, this is the Krypt and the ones that we remember him from are the wonderful horror pictures that he made, usually in the ’60s and ’70s, such as Ibulong mo sa hangin (1966), which has multiple different titles, such as Blood of the Vampires, or Creatures of Evil, or even Curse of the Vampires (1966). Then there is Beast of the Yellow Night (1971) or The Twilight People (1972), but it will always be his performance as Dr. Lorca, in the infamous 1970 film Beast of Blood, that I will remember him most fondly from.

Garcia passed away on June 20th, from a fall that happened on the set of his latest TV series. That’s right, Garcia was 90 years old and still working! He spent 12 days in a coma after the fall and never recovered. Our heart goes out to his friends and family, and all of his fans during this difficult time. While the films that we horror fans love might not be his best or most popular, I know that we’ll keep his memory alive because of them.

After a much needed mini-vacation at Monster Bash in Mars, PA, we’re back with our weekly Mystery Photo. This one is a real treat. But before we get to that, our photo from last week probably got the most correct answers that I can remember. The film is American Gothic (1987), starring Rod Steiger and Yvonne De Carlo, as well as cult regulars Michael J. Pollard and William Hootkins. Kudos to the following that sent in the correct answers: Hoby Abernathy, Aaron Christensen, Todd Barwick, Jerry Downing, Brian Fukala, Richard Garcia, Christopher Highland, Erick Martin, Gavin Schmitt, James Turner, Kristin Wicks, William Willson, and Greg Wojick. Major Kudos!

So this next flick is going to be a little obscure, but is one of those that if you’ve seen it, I doubt you’ll ever forget it. The quality isn’t that great but take a look and see what you can come up with. As always, please don’t post your answers here so others can have a chance. Just send them to us in an email, to jon@kitleyskrypt.com. Good Luck.