I once again went beyond my goal of reading at least book a month this year, devouring a total of 15 titles. I seem to be on a trend because I’ve done that for the last 2 years. Granted, even at this rate, I still won’t get through every title I have, and that’s even if I stopped adding more titles to the library. And we all know that isn’t going to happen! But that doesn’t mean I’m not going to try! Out of those 15 titles, here are the top 5 that I would recommend the most, listed alphabetically, even though I have a little adder at the bottom. If you want to read more detail about these titles, as well as the other ones I read, click on the link for Horror Reference Book Reviews on the menu to the right. 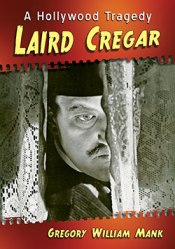 I’ve been a fan of Mank’s writing for quite some time. I have also been a fan of Cregar as well, even though after reading through this book, I had no idea how little I really knew of this incredible actor. But thanks to Mank, that has now changed.

This book was so gripping that I tore through it inside a few days. Using the word “tragedy” in the title was so appropriate since when we lost Cregar and this amazing talent, we lost something special. And Mank’s book shows that over and over again. Cregar is one of those Hollywood names that might be kind of known, but not in the same regards as he should be. Hopefully this book will change that and more and more people will learn of this great actor, who left the stage way quicker than he should have. And if you’re not familiar with who Cregar is, just check out The Lodger (1944) or Hangover Square (1945) and I think you’ll see why I think Cregar is well worth knowing more about. 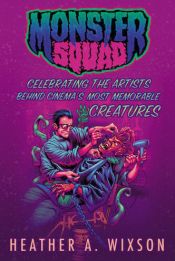 Monster Squad by Heather A. Wixson

One of the things we always try and do here at the Krypt is promote those who work in the genre, whether it is acting, directing, writing about the genre, or the countless other jobs that have to do with it. Including those talented artists working in the special makeup effects field. Those are the ones that bring the crazy ideas and concepts from the writers and directors to life by way of digital or plain old rubber and latex. Wixson has gathered a collection of these artists through interviews where we get to hear how they got into the industry, some of the many movies they worked on, and all sorts of interesting stories doing just that. The great thing about this book is that a good number of the names covered here are not the usual suspects we hear about when talking about this subject, but other important names that worked on many of our favorite films. It’s great to make sure fans know who is behind some of their favorite creatures and effects. And within these pages, Wixson has done just that.

Film composers is a profession that seems to get little attention, let alone respect from most of the movie-going public. What they do has such an incredible effect on the movies that we watch and love, sometimes without us even realizing it. But thanks to author Fichera, we can start to change that with this wonderful book.

Interviewing many different composers in the industry, from Alan Howarth to Fabio Frizzi to John Christopher Young to Simon Boswell to even John Carpenter, we get to hear about how they got into the business and the different films they’ve worked on. These are names that should be treated like the rock stars they are, because without their contributions, the movies we love would be a whole lot different. Fascinating stuff that I hope will encourage fans to dig deeper into this part of the fandom.

Thrill of Repulsion: Excursions into the Horror Culture by William Burns

When I stumbled across this title, I was not expecting what I found within the pages. Instead of the Psycho-Babble I thought was in there, I found a bunch of different lists. For example, the 13 Most Phantasmagorical Fantastique Films, or 13 Most Terrifying Horror Film Soundtracks. Like any lists, you might not agree with all of them, but these are always a great way to make a checklist to make sure you at least know about them and seek them out. This isn’t just a simple list either, since Burns goes through each of the titles listed giving a little explanation about them and why they are on the list. Even the titles you’ve seen that are covered, they may give you a different way to see them or look back on. I found this book entertaining in so many ways. I love how it covers all aspects of the genre, from movies to books to comics to music. Such a fun read. 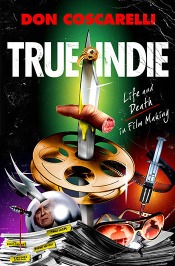 True Indie: Life and Death in Filmmaking by Don Coscarelli

This is another book that you will devour. The stories we get to read from Coscarelli are so captivating and entertaining, you’ll just fly through this one. You’ll hear some unbelievable stories from him, about movies that you know, and may even learn about some of the stuff that he worked on that you didn’t know about, such as directing the music video for Dio’s “The Last in Line”, which I’m still in shock that I didn’t know! If I didn’t have enough respect about Don Coscarelli before reading this, I have even more now, if that was even possible. Even working in the industry all these years, he still has kept in integrity, which I think is probably one of the hardest things to do. Couldn’t recommend this title enough.

Now there are two other titles that I need to mention that I didn’t put them in my Best Readings List because both of the authors are good friends of mine and I didn’t feel it was right to put them in that list because of that friendship. Didn’t want anybody to think that was the reason. Granted, I’m going to mention them now and still recommend the shit out of them, but hopefully you’ll see the recommendations are coming because of the subject matter and the talent that went into them, which I had nothing to do with.

Human Beasts: The Films of Paul Naschy by Troy Howarth

One might think that if any book came out that was on Paul Naschy, that I would recommend. That is not true, since if it was riddled with errors and that the author really didn’t know his subject, I would be very bummed and would report that.

However, I can safely say that Troy Howarth not only knows his subject, but also does a ton of research on whatever subject he’s writing about. And this book shows just that. If you ever wanted to learn more about Paul Naschy and his films, this volume will do just that and more. Just a treasure trove of information about one of my cinematic heroes, his films and the other people involved with them. If you ever wanted your “To Watch” list to grow substantially, then I would suggest reading this volume.

Screaming for Pleasure by S.A. Bradley

Scott is another friend of mine that I met at a convention a few years ago when we were gathered around one evening talking about movies. His voice is so strong and important when it comes to his thoughts on the genre that when you’re reading this book, it is like you’re having a conversation with him. He brings such intelligence to his subjects, but never talks down to his readers, but is right there on the level, just one die-hard horror fan. The subjects he covers will have you thinking of your own experiences with the genre, not to mention probably getting more than a few recommendations for some books, movies, or even music.

Please give these titles a look if you haven’t already. And if you can set one goal for 2019, for me, please read more horror reference books! You’ll get smarter! I promise!