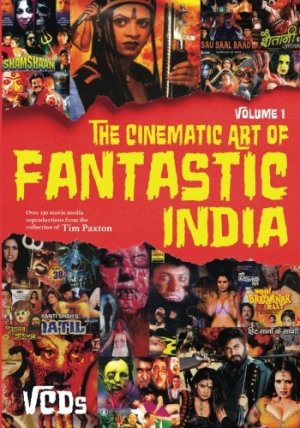 As a collector of movie posters, lobby cards, and other such types of memorabilia, I was always amazed when I could come across an image on a poster that was blatantly taken from another movie, sometimes not even having the closest thing to the movie it was being used to advertise this. The best example that I can think of is the Pakistani poster for Hammer’s Captain Kronos: Vampire Hunter, which used images from Fulci’s City of the Living Dead, including the famous drill-through-the-head scene. Well the Indian film market, especially for the covers of their VCDs. Which is exactly this book is about.

If you have any interests in poster are, especially foreign ones, then you will absolutely love this book. The covers and posters shown here, page after page, are filled with such wild images, some of which have characters or designs that you’ll immediately recognize from another, more familiar poster, or at least make you think you’ve seen it before. Granted, most of the movies here don’t have those creatures and whatnot actually in the film, but we’re talking about the posters and box art for the time being.

While this is all about the wild and lured VCD covers, it actually is a great book for someone who is just getting into the crazy world of Bollywood and the other titles coming from India. Paxton covers the titles with the movie titles, the year it came out, the director, and the company that released it. He also gives a quick description or synopsis of the film and whether it is worth your time. The best part is when he tells you that nothing on the covers actually appears in the film! But at least you’ll find a dozen or so titles that he recommends.

See any images in these covers that look a little familiar? 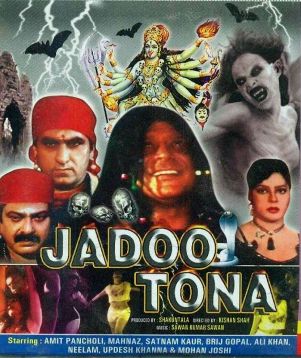 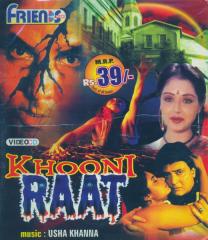 But this book really is about the images and that alone is worth the money. Paxton definitely knows what he is writing about and I personally can’t wait to see what is going to be in the next 3 volumes that he is working on. The next entry is called The Cinematic Art of Fantastic India – Volume 2: Posters, Lobby Cards, & Pressbooks, which will “feature 100+ full color reproductions of promotional art for rare and unusual Indian horror, fantasy, action, mythological, and devotional movies from the 1960s through the 2010s.”

I can’t wait to dig into that one as well!