Not sure whoever the geniuses are at Severin, I would like to officially commend them! As a sucker for good old fashion promo items, I was thrilled when they announced they were releasing a little rubber ball promo item with their release of The Changeling. Really reminds me of the good old days of movie promotions. And now, not only are they releasing the hilariously fun The Horror of Party Beach (1964), but you can get your own Horror of Party Beach official Beach Ball!!!

This film is one that I saw as a youngster on TV the first time, on some Saturday afternoon screening, since you couldn’t pass up that title! You can never forget seeing that monster for the first time, as it crawls up the rocks towards that girl. Cheesy? Sure. Silly? Maybe. What do you expect from a movie that cost $50,000 and was shot in two weeks? But it sure is a lot of fun and I think is still a great way to spend 90 minutes. 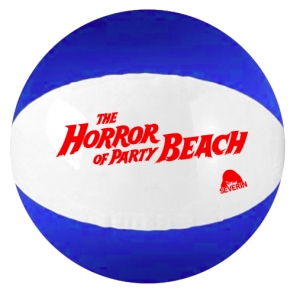 Now with Severin unleashing it on Blu-ray, you’ll get to see a brand new 2k scan from the original negative, not to mention quite a few extras! Here is what to expect:

You can pre-order it now! They also have the special Bundle of Party Beach, where you get the Blu-ray, the beach ball, and a special enamel pin too! For all the details, head over to Severin’s website HERE. 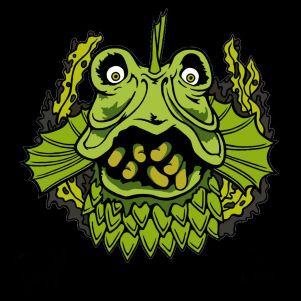