A little girl named Anna, the young daughter of Jack the Ripper, witnesses her mother being murdered at the hands of her father, before he disappears into the night, forever gone and forever burning that memory into her psyche. Over a decade later, something triggers those memories in Anna and she becomes ‘possessed’ with some evil force and power, brutally killing the lady that had taken her in. When questioned by the police, she has no memory of it. Fascinated by her case, Doctor Pritchard decides to take her into his home and family to study her, trying to unlock the secrets in her brain, using the ‘newly’ discovered psychoanalysis techniques from a Dr. Freud. But before he can grasp what is going on inside this young woman’s mind, bodies start to pile up as something keeps triggering those memories and she becomes her father’s daughter again and again.

END_OF_DOCUMENT_TOKEN_TO_BE_REPLACED 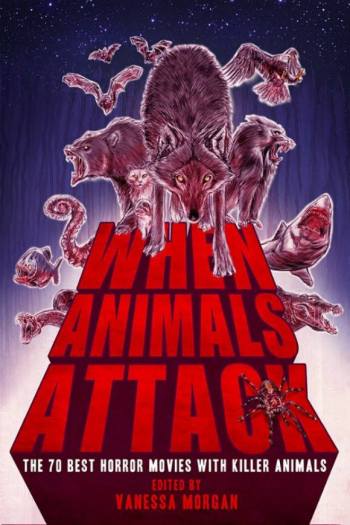 If you are a fan of movies where the animal kingdom decides to turn the tables and go after humans, then here’s a book just for you. When Animals Attack: The 70 Best Horror Movies with Killer Animals is now available through Amazon. Edited by Vanessa Morgan, cover art by Gilles Vranckx, this is a collection of authors and essays that take on a variety of beasties on a rampage against humanity. Now I will confess, I am one of authors that you’ll find in this book (covering the ultimate Turkey Day movie, The Giant Claw), but you will find a ton of great writers in here (a few names you might recognize from Hidden Horror!), writing about films like Alligator, Attack of the Crab Monsters, Grizzly, Of Unknown Origin, Slugs, Them! and so many more. There are titles that are campy and cheesy and others that are very serious.

END_OF_DOCUMENT_TOKEN_TO_BE_REPLACED 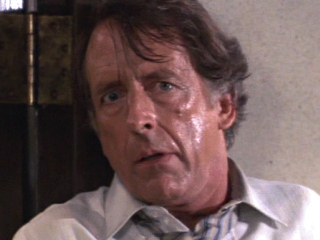 The acting world has lost another great talent recently, Fritz Weaver. Now he might not have  appeared in a ton of genre pieces, but he definitely did his share. He had little parts in plenty of sci-fi/horror TV shows, like the original Twilight Zone, Night Gallery, X-Files, Star Trek: Deep Space Nine, Friday the 13th: The Series, Monsters, and Tales from the Darkside (which featured Tom Savini’s directorial debut). But he also appeared in a few feature film, like Demon Seed (1977). But for me, the role that I will always remember him from, which just happens to be one of my all-time favorites, the 1982 film Creepshow, where he plays Prof. Dexter Stanley, who comes face to face with the contents of The Crate!

This Tony award winning actor was known and praised for his word on the stage, which is a shame that he never made it bigger on screen. Weaver passed away last Saturday at his home, at the age of 90. Gone, but never forgotten. Our thoughts go out to his friends and family.

So this post is a little later than we normally do, but after our four day weekend, where we worked probably more than we do during our normal work week, so getting anything done for the site, including a new photo, just wasn’t going to happen. But better late than never! Our last photo was from one of our Turkey Day titles that we watched a few days ago and is called The Witchmaker! Kudos to the following for getting it correct: Hoby Abernathy, Doug Lamoreux, Robert Leopold, Billy Norcera, and Michael Shields.

Now on to this week’s photo. It’s a classic and you will probably recognize the actor, but can you name the movie? Should be easy since he only made a couple of films, right?

Please remember not to post your answers here, but send us an email at jon@kitleyskrypt.com.

With this title, we weren’t really sure what this book was actually about. The text on the front of the book says “All that’s left to know about slashers, vampires, zombies, aliens, and more”. Is it just a collection of questions answered that the FAQ in the title would imply? Actually no. But what it does give the reader is both a very interesting and entertaining read, as well as giving some great insight to some of our favorite movies.

END_OF_DOCUMENT_TOKEN_TO_BE_REPLACED

Older brother of actor George Sanders, Tom had to change his name after he lost a bet with his brother on who would change their name for show business.  Born in a wealthy Russian family that were forced to leave and move to England for some reason, political or otherwise.  While Conway appeared in quite a few films in his career, he never really hit the big time.  Even starring in 3 films for Val Lewton in the early ’40s, such as The Cat People (1942), I Walked with a Zombie (1943), and The Seventh Victim (1943), his career just never took off or lasted that long.  Due to his failing eyesight and problems with alcoholism, worked started to get fewer and fewer.  He did appear in two films for Edward L. Cahn, The She-Creature (1956) and Voodoo Woman (1957).

The later part of his life was spend with very little money and even less fame.  At the end, he was found dead in his girlfriend’s bed, at the age of 62.  It is a shame that a somewhat talented actor who was doing pretty good at one point in his life, but possibly due to the alcoholism, it effected his career too much for him to stay working.  But at least we can still remember him and his work, even after all years later.

One question that horror fans get asked a lot is “what’s your favorite horror movie?” I know a lot of fans do have a particular one that is their favorite. For me though, it really would be impossible for me to narrow it down to even 20, let alone a single one. But I do know that if such a list was ever conceived in my brain, somewhere near the top would be George Romero’s Creepshow. In fact, it is my favorite of all of Romero’s work, even above Night of the Living Dead. Maybe it was because I saw this in the theater at the time my obsession with the horror genre really started to explode. Maybe it was the great mixture of horror and humor. Or the way it blended the world of horror comic books that I read as a child into the movie world in such a beautiful way. Whatever reason it might be, or all of them, I have loved this film since I first witnessed it in the theater back in 1982, and I still love it just as much today.

END_OF_DOCUMENT_TOKEN_TO_BE_REPLACED

In a mere two days, while most of society will be getting up early to battle the crowds of crazed shoppers out to save a few bucks, sometimes fighting to the death (or so I’m told), there will be a smaller gathering here at the Krypt to celebrate another type of holiday….Turkey Day! Followers of the Krypt probably know exactly what I’m talking about, but if you’re knew here, let me explain. On the Black Friday ever since 2003, I have chosen to spend that day in front of the TV, watching some of the finest in cinematic shipwrecks known to man. Now on our 13th year, having watched over 80 features in that time, with the number of participates growing like Lt. Col. Glenn Manning in The Amazing Colossal Man (1957), we will sit down to view another seven features that will test our strength, endurance, and good will towards mankind. But have no fear…we’re professionals here.

END_OF_DOCUMENT_TOKEN_TO_BE_REPLACED 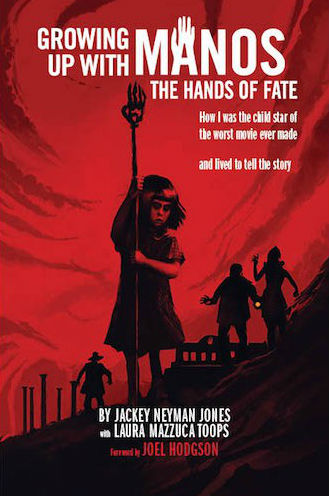 Growing Up with Manos: The Hands of Fate
By Jackey Neyman Jones with Laura Mazzuca Toops
Published by BearManor Media, 2016. 138 pages

Any serious fan of horror, cult and exploitation films, not to mention Mystery Science Theater 3000, knows of the film Manos: The Hands of Fate. Known to the world as the worst movie ever made, even beating out anything that Ed Wood Jr. ever created is a tough race to win, but it has. A film made by a bunch of locals in the small town of El Paso, Texas, all with dreams of stardom in their eyes, created a film that still lives on to this day, something that has gone farther than any of the ones involved ever thought possible. Maybe not in the way they all hoped, but none the less it has.

Jackey Neyman Jones appeared in the film as little Debbie, but also had a greater connection besides her little part. Her father not only appears in the film as the infamous The Master, but also did the makeup, was the set designer, and quite a bit more. Her mother also worked on the movie, making quite a few of the costumes in the film. There were promises of payment and percentages, but we all know those how those go, even the movie making state of California. But instead of payment, what Tom Neyman and his daughter got was immortality because of their connection and appearances in Manos. Sometimes it makes you wonder what is better.

END_OF_DOCUMENT_TOKEN_TO_BE_REPLACED

I always love it when I get such fond comments when I used a picture from a classic film, such as I did with our last one, from the 1957 film Curse of the Demon (or Night, depending your location!). This is one of my favorites and just gets better with each viewing. Such great performances and a wonderfully dark story, it never ceases to entertain. So a big kudos out the following for sending in the correct answer: Hoby Abernathy, Aaron Christensen, Bill Harrison, Ken Johnson, Jennifer Kilzer, Doug Lamoreux, David Schmidt, and Alan Tromp. And if you’re are one of the few out there that still hasn’t seent his film, I can’t urge you enough to change that immediately. I don’t think you’ll be disappointed.

Okay…on to this week’s photo. I’m sure that there are some out there…okay, maybe a few….or one…that might think our next pic is from a film on the same caliber. Okay…probably not. But let that not deter you from giving it the old college try, right?

Please remember not to post your answers here, but send them in an email to jon@kitleyskrypt.com. Good Luck!