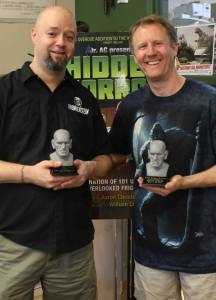 On this date ten years ago, I was set up at the Flashback Weekend show, selling my usually wares of horror reference books. Some things just don’t change, you know? Well, on this fateful day, a guy stopped by the table and was looking through the books I had on display. I noticed this bad-ass Godzilla shirt that he was wearing that I knew my son would get a kick out of, since he was really getting into the Kai-ju films around then. So I mentioned this to him and asked him where he got the shirt. That led us to talking about Godzilla films and eventually horror reference books. It seems that this gentleman was in the beginning process of starting to write his own film guide book. Of course, I offered my services to him, that I might be able to help him out finding some titles that he hadn’t been able to find. We had a nice conversation, exchanged info, and he walked away. Little did I realize how much this man was going to change my life. In the ten years since that fateful weekend, he has not only become my editor, my soundboard, my Turkey Day co-pilot, a life coach, but also has taught me in more ways in not only appreciating the horror genre, but other fans as well. He has also become one of my best friends. This guy’s name is Aaron Christensen.

END_OF_DOCUMENT_TOKEN_TO_BE_REPLACED 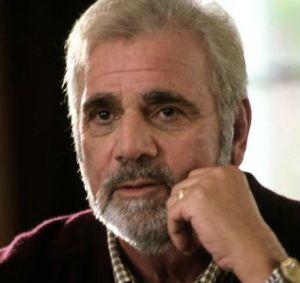 I had planned on mentioning this when I first heard but missed out. But wanted to make sure I got it up here at some point. Ten days ago, on July 18th, we lost a great character actor with the passing of Alex Rocco. The man played in a million things, in both movies and television, and was always a treat to see. In the horror genre, you could spot him in films like Blood Mania (1970), Stanley (1972), The Entity (1982), or even Return to Horror High (1987).

Sure, most people know him from the role of Moe Green in The Godfather, taking one in the eye, but I have to say one of my favorites of his roles was that of a the caring and devoted father in The Lady in White (1988). This is one of my favorite ghost story flicks and is pretty much a perfect film and Rocco is great here, as is everyone else. So I know that for me, he will be remembered with each viewing of this film.

Our thoughts go out to his friends and family.

I realize that I’m a day late on posting this, but better late than never, right? Anyway, the shot is from the film What Lies Beneath, which I have to say isn’t a terrible movie, a pretty decent ghost story, especially coming from Hollywood. I had avoided it for years because of that. But worth seeing. Kudos to the following for sending in the correct answer: Derek Botelho, Cate Cameron, Dave Felter, and Ashley Polnow.

This week’s photo might look a bit familar, but then the more you think about it, it really could be from a few different films. Or could it? So let’s here your guesses! Just send them to jon@kitleyskrypt.com. Good luck!

Our eye-popping photo from last week was from the great Mexican classic, Night of the Bloody Apes. I can almost hear the trailer playing in my head when I see that title. So much fun. Anyway, only got a couple of emails with the correct answers, and they would be Hoby Abernathy and Alan Tromp. Well done, guys!

Now onto this week’s little photo. It seems I’ve unintentionally gone with another eye theme here. Wonder what is going through my head? Anyway, take a peek…and see what you can come up with. Send us your guess to jon@kitleyskrypt.com. Good Luck. 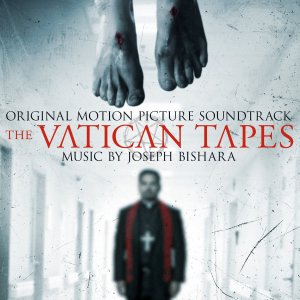 If there is one thing that composer Bishara does well, it is building atmosphere out of sounds. Not necessarily music, but sounds. And his score for The Vatican Tapes is a perfect example of this. Right from the start, we get a mixture of the lower keys of the piano but then mixed with a variety of sounds, some of which sounds like some demented chimes banging away. This mixed in with wailing strings, a thumping that almost sounds like a fast-paced beating heart, and you have just the first track.

The rest of the score plays out in a very similar format. There are no melodies or themes, but a continuing stream of sounds, some recognizable, while others seem familiar but you just can’t place. This isn’t one of those creepy ambience pieces, but more industrial without the loud mix of electronic noise, except more with like things found in your garage. And that’s a compliment. This is a very different than what I’m normally drawn to, but I rather quite enjoyed having this on in the background.

Monday, Monday….and another Mystery Photo. But I do have to say I was pleasantly surprised at all the correct answers sent in for our last photo. The movie was The Revenant (2009) and is highly underrated, if you ask me. If you haven’t seen it, and are looking for a zombie-kind-of-back-from-the-dead-vigilante-action-comedy with some of the best special effects in an indie film that I’ve seen in a very long time….then, yeah. You might enjoy this one. Kudos to the following that sent in the correct answer: Hoby Abernathy, Neil Calderone, Neil Ian Kloster, Eric Kuhl, Justin Lafleur, Bryan Martinez, Dustin Moravick, Gavin Schmitt, Scott Stephens. Well done!

So let’s get to this week’s photo. Now don’t stare too close or you just might end up like the person in the photo. And we don’t want to be responsible for any of that. So take heed and tread lightly. But give it a peek and send your guess to jon@kitleyskrypt.com. Good luck. 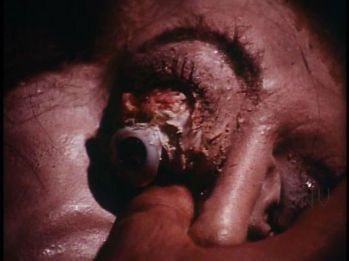 I meant to post this earlier but was sidetracked a little with that thing called life. But I wanted to make sure that I mention the passing of character actor Irwin Keyes. Yes, most of us horror fans know him from his character of Revelli in Rob Zombie’s House of 1000 Corpses, but just looking has his resume you’ll realize the amount of work this man has done. He had small parts in a ton of films, such as in the original Friday the 13th. A constimate character actor, Keyes was one of those people that could only have a bit part in a film, maybe a scene or two, but was always memorable. Because of his look, he tended to play vilians or henchman, but like a lot of actors playing the monsters, it was completely opposite of what Keyes was like in real life. According to talent manager Travis Engle, “He was the nicest guy who played some of the meanest characters. In show business, it is very rare to meet someone as kind and gentle as Irwin was.”

Keyes passed away last Wednesday from complications of acromegaly. He was 63 years old. Our thoughts out to his friends and family.